While various lawsuits continue to allege Implanon birth control consumer fraud, the pendulum has nonetheless shifted away from allegations of Implanon problems and more solidly towards concern over acquiring the birth control device in the first place. 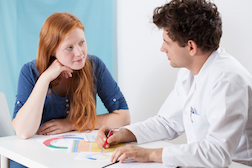 Any birth control device, for that matter, in the wake of last week’s election of Donald Trump as the United States’ 45th President.

The President-elect, throughout the majority of his campaign for the White House, indicated he would repeal the Affordable Care Act – popularly known as Obamacare. While Mr. Trump appears to have softened the rhetoric somewhat following his election win, women who otherwise would have had trouble affording an intra-uterine device (IUD) or an implant such as Implanon prior to the introduction of Obamacare, are now queueing up for the devices in case Trump rolls back that availability once taking the mantle of power.

There is also concern over the future of Roe v. Wade and the potential for restricting access to abortions. While advocates note that any change to Obamacare would take time to implement, women aren’t waiting. The Los Angeles Times (11/16/16) noted a spike in enquiries about IUDs and implantable devices immediately following the election.

At present, contraceptives such as Implanon, IUDs and oral contraceptives are funded by insurance companies, allowing insured patients to acquire and maintain their preferred method of birth control without any costs out-of-pocket. Some of the longer-lasting, higher-end devices such as the IUD can run about $1,000 – with implantable services such as Implanon, not far behind. Were Trump to de-list contraceptives from the list of preventative health services insurance companies are required to completely fund for insured clients, it would turn the burden of cost right back to women and their families.

That’s why women don’t appear to be waiting, to see what the President-elect will do.

Implanon has proven to be an effective contraceptive device, and can last upwards of four years. But device migration has been a problem – as well as other Implanon side effects – so much so that it’s landed many an Implanon patient into an Implanon lawsuit.

Were more women to move on their intent to switch to Implanon sooner than later, in anticipation of potential changes in Obamacare, the potential for increased cases of personal injury and device migration is a very real possibility.

The Implanon birth control device is an implant which sits under the skin in the upper arm of the user, and dispenses birth control protection automatically for an extended period of time. The devices, including its successor Nexplanon, have proven equally popular as other ‘set-it-and-forget-it’ birth control devices which succeed in removing the burden to remember to take an oral contraceptive.

Once the Implanon is discharged, it is removed by a doctor from the arm for replacement, should the patient wish to continue on the Implanon birth control device.

The latter leaves the plaintiff forever wondering as to just where the device has migrated, if that migration represents a long-term health hazard, and whether or not the device is still dispensing birth control protection. Some women wanting to come off birth control in order to start a family, have complained that an inability to locate the device succeeds in potentially hampering any attempt to conceive should the device – to wherever it may have migrated – remain active.

The potential for difficulty in locating the device for removal prompted the manufacturer to update the device by adding barium sulfate, which allows for the device to be located more easily via X-Ray or CT-Scan for retrieval. That device, known as Nexplanon, works in the exact same fashion as Implanon with the exception of barium sulfate.

Pundits suggest the addition of barium sulfate in the updated device represents an acknowledgement by the manufacturer that device migration continues to be possible.

The US Food and Drug Administration (FDA) approved a label update for Implanon in March of this year with regard to the potential for device migration – a common theme in many a Implanon birth control personal injury lawsuit.

While the majority of women (25 percent) who use contraceptives utilize birth control pills as their preferred choice, 11 percent maintain a preference for the IUD, or an implant such as Implanon.

More IMPLANON News
The result of Mr. Trump winning the US election is best represented by Elizabeth Walker, a 33-year-old Californian who contacted her doctor about switching methods within 24 hours of Trump’s win. Walker told the LA Times that she wants an implant such as Implanon or Nexplanon – something that would keep working for upwards of four years, as insurance against Trump restricting, or removing contraceptives from coverage under the Affordable Care Act.

“That could be a gross overreaction. Maybe at the end of the day our rights will end up the same, our access to birth control will not change,” said Walker, who lives in San Francisco. “But I don’t want to get in a situation where I don’t have control or say over my body.”

In the meantime, industry watchers noting alleged problems with the Implanon device are hopeful personal injury cases won’t spike in direct correlation with increased use of Implanon.