For any plaintiff, or would-be plaintiff considering an Implanon birth control consumer fraud lawsuit, it would be useful to know that complaints against the implantable device (since replaced by Nexplanon) are nothing new. In 2011 The Guardian and Channel 4 News in the UK published a list of complaints that ranged from hundreds of unwanted pregnancies, to thousands of reports detailing adverse reactions. 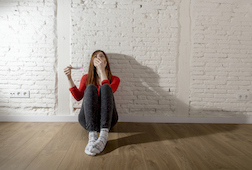 Those complaints included device failure, incorrect fitting, scarring, excessive bleeding and other problems. Implanon was replaced with Nexplanon by manufacturer MSD (a division of Merck and Co.) in October, 2010 to include a new applicator to reduce insertion errors, together with the capacity to be located by an x-ray or CT scan in the event of device migration, or simply to aid in locating for removal.

Both Implanon and Nexplanon were designed for automatic dispensation of contraception by way of an implantable rod – about the size of a toothpick – for insertion just under the skin on the inside of an upper arm. The device would last from three to four years, at which time the maximum edge of its active life cycle had been reached and the device would have to be removed.

Many patients – and Implanon birth control personal injury lawsuit plaintiffs – have asserted that removal was painful and difficult given allegations the device was not inserted where it should have been, or having migrated over the course of time far from the original insertion point.

In rare cases, it was not possible to locate the Implanon device at all. This can translate to a serious complication for the patient, who now faces risk of serious health consequences should the Implanon migrate close to an artery or internal organ. It’s also possible for the Implanon to continue dispensing contraception long after its life cycle would normally have ended, posing a problem for any woman seeking to bear children.

However, it’s the unwanted pregnancies – as reported by The Guardian and Channel 4 News (01/05/11) in the UK – that personify the heartbreak for hundreds of patients. Channel 4 News told the story of Lara (last name not given), who related her reaction upon discovering she had become pregnant due to an Implanon device that was not properly inserted.

“I feel very, very disturbed – hitting the head on the table. Crying, weeping again…I wasn’t happy, not feeling well. Your mind is disturbed…my mind was so disturbed – thinking, why is this happening to me?”

Lara went on to say that the situation led to a collapse of her marriage, and the abortion she decided to undergo left her with nightmares for months afterward. “This is not what I want,” she told Channel 4. “I put this thing in to protect myself so I can continue with my studies. I don’t want kids at this time. It really disturbed me.”

An Implanon birth control side effects attorney told Channel 4 that she had clients who were unaware the Implanon device had not been inserted properly – or not inserted at all – and after suddenly becoming pregnant unexpectedly, suffered psychological difficulties. Some women suffered miscarriages, while others had to face the difficult decision to either terminate their pregnancy, or carry through in spite of not being ready, or prepared to become a mother.

MSD, the UK unit of Merck & Co, told Channel 4 that it remained “confident in the efficacy and safety” of Implanon, which was first approved in September, 1999 for the UK market.

More IMPLANON News
MSD also noted that birth control is not 100 percent effective, and is therefore not infallible. “The basis for successful use of Implanon is a correct and carefully performed subdermal insertion of the implant in accordance with the product instructions. If the implant is not inserted in accordance with the instructions and on the correct day, this may result in an unintended pregnancy. In addition, no contraceptive is 100 percent effective.”

Channel 4 and The Guardian noted there were 1,600 reports involving 2,888 suspected adverse reactions involving Implanon, together with 584 unwanted pregnancies as of 2011. It was reported that Implanon was replaced by Nexplanon under pressure brought to bear by the Medicines and Healthcare Products Regulatory Agency (MHRA), the regulatory authority in the UK, which allowed MSD to at least use up Implanon stocks rather than issue an Implanon recall.

June Raine, a director at the MHRA, told Channel 4 at the time: “We worked closely with [MSD] to enable the new version to be developed.

“They are fully aware of all the concerns that we have."

If you or a loved one have suffered losses in this case, please click the link below and your complaint will be sent to a drugs & medical lawyer who may evaluate your IMPLANON claim at no cost or obligation.
Request Legal Help Now

Posted by
Leanne Combes
on September 22, 2017
Had my first implanon for 3 years without a problem. A repacement implanon nxt was inserted on 31st August 2017 and did not feel right from day one. I suffered tenderness at the insertion site and pins and needles in my hand. 3 weeks later I noticed a lump at my elbow and tenderness down my forearm. Ultrasound has confirmed infection and a line of blood clots from insertion point to my wrist. I am in Australia and don't know who to approach regarding this.