March 2017 marked the one-year anniversary of the Food and Drug Administration (FDA) update of the warning label of the popular implantable birth control device Implanon to include risks of device migration. 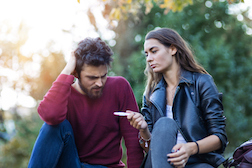 Implanon is a matchstick-sized rod containing a birth control drug that is inserted by a medical professional into the patient's arm. The device is supposed to be effective for three years.

However, in March 2016, the FDA updated Implanon's label to include a safety warning that there have been reports of the medical device migrating from the arm to other parts of the body.

According to the 2016 FDA safety label update:

"In cases where the implant has migrated to the pulmonary artery, endovascular or surgical procedures may be needed for removal."

Prior to the FDA's update, various lawsuits were filed by women who allegedly suffered side effects related to migration of the Implanon device.

More IMPLANON News
In April 2015, Kayla Doherty filed a federal lawsuit Kayla Doherty v. Merck & Co. Inc. et al Case No. 1:15-cv-00129, US District Court, District of Maine against Merck & Co. Inc. in the US District Court of Maine, alleging that she gave birth to a healthy baby boy 18 months after a health care center staffer performed a procedure to insert the implantable birth control device into her arm.

When Doherty became pregnant, a nurse informed her that a clinic doctor believed that the device was never inserted, according to court documents. Both Implanon and the similar device Nexplanon have records of failed insertion attempts because of defectively designed applicators, according to Doherty's lawsuit.


That lawsuit is pending.

If you or a loved one have suffered losses in this case, please click the link below and your complaint will be sent to a drugs & medical lawyer who may evaluate your IMPLANON claim at no cost or obligation.
Request Legal Help Now

Posted by
Ladeadra Jones
on May 8, 2019
I've gotten my implanon implant placed in may 2010 and it had moved in June 2010 and it was do to be removed in may 2013 but cojld not be located .I had several ultrasounds and other procedures done to try to locate the device but I had no luck at all .on January 11 2017 I was hospitalized and diagnosed with pulmonary embolism and deep vein thrombosis and was placed on blood thinners and I remained in hospital for a week I contacted the drug manufacturing company about this matter but they said that they don't believe that the implant caused the harm but I had a few other diagnosed that were related to thus implant as well .please get back to me as soon as possible .Thank u