When talking about allegations of Implanon birth control consumer fraud and the lawsuits stemming from incidents of device migration and the inability to successfully retrieve, one needs only look back from whence we came to realize the potential for folly in bringing such a device to market in the first place. 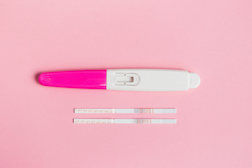 First, a refresher. The US Food and Drug Administration (FDA) approved Implanon for use in the US in July, 2006. Implanon, manufactured by Organon USA (Organon), is a small matchstick-like birth control device inserted into the arm of the woman for automatic dispensation of birth control. It’s all part of a wildly popular and growing market for birth control options that don’t require the constant due diligence involved with trying to remember to take The Pill once each day. After a period of some months, when the Implanon implant is thought to be near depletion, the implant requires extraction by a doctor.

It sounds promising, and certainly delivers convenience. However in real-world applications, the device has been known to migrate away from the initial point of insertion. Retrieval has proven to be difficult for some patients, and impossible for others. Many have filed an Implanon birth control personal injury lawsuit alleging the Implanon to be ineffective and dangerous. The manufacturer has been taken to task for withholding vital safety information from consumers, including the potential for device migration and potential for complications surrounding removal, or so it has been alleged.

However, this should come as no surprise when one considers the backdrop against which Implanon was approved in the first place, in 2006.

Six years before Implanon was given the nod by the FDA for the US market, Wyeth Pharmaceuticals (Wyeth) found it necessary to withdraw a similar product from the US market due to complications. Wyeth voluntarily stopped selling its Norplant implants in 2000 after the pharma giant faced a flurry of lawsuits alleging Norplant injury.

In contrast to the single rod associated with Implanon, Norplant involved a series of six rods, or capsules. What’s more, in similar fashion to the degree of difficulty faced by consumers of Implanon with regard to the removal of the single contraceptive implants, Norplant patients faced similar issues once the Norplant contraceptive device had reached the end of its useful life cycle.

According to an article posted at PubMed.gov under the auspices of the US National Library of Medicine and the National Institutes of Health (1995 May; 85(5 Pt 2):886-7), complications surrounding Norplant removal included the amount of time required to remove the series of six capsules inherent to the Norplant system, the amount of tissue dissection required and the swelling and pain that originated at the removal site.

While there were recommended methods identified to locate wayward Norplant capsules, “in circumstances where neither of these techniques succeeds, no specific recommendations exist to enhance visibility of the capsules.”

This report was posted in 1995, five years before Wyeth stopped selling Norplant. Six years later, Implanon was approved – and while Implanon requires just a single rod as compared with the series of six capsules needed for Norplant, the fact remains that for some Implanon plaintiffs having experienced Implanon birth control side effects, the potential for device migration hasn’t changed – and was forewarned through the Norplant experience.

It should be noted that subsequent to Implanon, Organon brought out Nexplanon – an implantable birth control device that works in the same fashion as Implanon with one major difference: Nexplanon is equipped with barium sulfate, which makes it easier for a doctor to locate using traditional X-ray or CT-scan should initial efforts to locate the device prove difficult.

More DEFECTIVE PRODUCTS News
At the end of the day, any plaintiff fighting an Implanon birth control personal injury lawsuit may like to know that Organon thought enough of the potential for device migration to update Implanon with barium sulfate (as Nexplanon) so doctors could find it. It’s also useful to know that a predecessor to Implanon – the Norplant product from Wyeth – was also tagged with device migration issues that had already come to the fore by 1995, eleven years before Implanon was even approved.

“Implanon is a state-of-the-art contraceptive which further demonstrates Organon’s ongoing commitment to continue its leadership position in gynecology,” said Toon Wilderbeek, a board member for Organon’s parent, Netherlands-based Akzo Nobel, in response to the FDA approval in 2006.

Posted by
Jessica Tryba
on March 13, 2017
Hi I had an implant put in a little over a year ago and within a few months I developed type 1 diabetes iv heard of a link between the two and I'm wondering if if there's a way to prove it and get retribution for now being insulin depend for life because of the side effect of becoming insulin resistant iv also been hospitalized multiple times over the last year from complications from the diabetes thank you hope to hear back