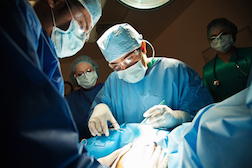 Inserting Implanon – which provides birth control protection automatically for a period of from three, to four years – can also be tricky, as Lexi points out in her factual video blog, or ‘vlog’ detailing her experience with the implantable device.

Lexi explains that on October 27 of 2015 she went in to her OB/GYN for a consultation for Nexplanon (remember, Nexplanon and Implanon are basically the same thing, with the same design and application protocols, the only difference being the addition of barium sulfate in the former. For the purposes of this article, the terms are interchangeable). Lexi notes that three of her friends had received the Nexplanon device and were happy with it.

After a brief discussion it was determined that Lexi would receive the device right then and there. Insertion is usually done with a small bit of localized numbing of the insertion point, and performed at a physician’s office. The thin, Nexplanon device – about the size of a toothpick – is routinely inserted through the skin on the inside of the upper arm by way of a specially-designed applicator (needle). The Implanon / Nexplanon birth control device is designed to rest just under the skin of the upper arm.

Immediately, however there was a problem. Lexi recounts a shooting pain that was akin to a bolt of lightning that shot down her arm and into her hand at the point at which Nexplanon was inserted. The practitioner also had some difficulty removing the applicator from Lexi’s arm once the implantable birth control device had been inserted.

Afterwards, the young woman recounted days of worsening pain in her (left) arm before finally having the implant removed by a surgeon, who came in on his day off to perform the procedure given the pain the young mother was going through.

The story doesn’t end there: as Lexi was breastfeeding her infant daughter, a general anesthetic would not be appropriate, so a local anesthetic was used – but not untoward given what was expected to be a 15-minute procedure.

More DEFECTIVE PRODUCTS News
That’s not how it turned out. The young woman recounts how the doctor had increasing difficulty locating the Nexplanon device, even with prior knowledge of its location by way of an X-ray (the device wound up just under her armpit, adjacent to the bone in her arm). The surgeon subsequently had to increase the incision size (and increase the level of local anesthesia) in order to finally locate and remove the device, which was found underneath her muscle close to the bone, and directly impacting a nerve in her arm.

Lexi says she still has issues with numbness and tingling, and may require physiotherapy.

Designed to remain in place for three years or more, Lexi only had her Nexplanon in for about a week prior to her emergency surgery to extract it. She says she will never try Nexplanon [Implanon] again.

It is not known if the young woman plans to file a birth control consumer fraud lawsuit.