Avant LLC, the online lending phenomenon which had previously been hailed as a “breakout financial success story,” has agreed to settle a lawsuit brought by the Federal Trade Commission (FTC) for $3.85 million. Although the lawsuit largely relied on a different federal statute, it shares much of the consumer financial protection zeal of the excessive overdraft fee lawsuits recently leveled against credit unions, banks and payday lenders. But it also reveals shortcomings in federal consumer protection laws. 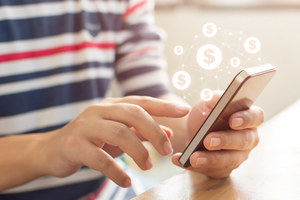 The lawsuit claimed that Avant, which had issued $4 billion in loans to more than 600,000 consumers since 2012, engaged in deceptive and unfair loan servicing practices. Settlement funds will be distributed among borrowers who were harmed by Avant’s mismanagement.


Avant advertised, marketed and offered consumer loans repayable over two to five years, with loan amounts ranging from $1,000 to $35,000. The loans were issued by an FDIC-insured bank and were often deposited in the borrower’s bank account by the next business day. The speed and convenience were expensive, though. The interest rate could be as high as 36 percent and was compounded on a daily basis.

Avant handled all stages of the loan process and all consumer interactions such as advertising, application processing, and all aspects of loan servicing, including collection of payments. The transactions were conducted online or by telephone. No face-to-face meetings were required.

As part of its loan application, Avant required consumers to authorize recurring electronic fund transfers or remotely created checks for consumers’ periodic loan payments. Avant represented to consumers that, after completing the loan application, they could change their payment method and make payments using any other reasonable form of payment, including but not limited to paper check, money order, debit card or credit card. Avant further informed consumers that they could pay their loans early, either in full or in part, without incurring any fees or penalties.

Avant took pains to distinguish itself from payday lenders. Avant CEO Al Goldstein had co-founded online payday lender CashNetUSA with his brother and sold the company for $265 million in 2006. Avant, on the other hand, marketed longer-term loans to middle-class borrowers, who were presumably better able to handle financial risk, but less protected by the payday lending restrictions of the Dodd-Frank Act of 2010. Other online lenders seem to be exploring the same marketing territory. It’s a growth area.

Where it went wrong


The problem was largely in the execution. Borrowers soon began to tell tales of flagrant mismanagement and deception. The lender reportedly failed to credit payments made by check, refused to accept debit and credit card payments, provided inaccurate payoff amounts and collected additional amounts after consumers paid off their loans.

For example, Avant debited a customer's bank account twice in September 2015, six months after she paid her loan in full. In other situations, Avant took the entire loan balance from customers' bank accounts, instead of the monthly payment amount. According to the Complaint, Avant took the entire loan payoff balance twice from the account of another consumer. One borrower was charged unauthorized payments 11 times in a single day, the FTC reported.

In addition, Avant took payment by remotely created checks and conditioned the extension of credit to those consumers on their pre-authorization of recurring electronic fund transfers. Both practices are specifically forbidden to telemarketers, a term which has been interpreted to include online marketers.

Because of these practices, borrowers were forced to pay overdraft fees or were unable to pay other bills because they did not have access to the money that Avant improperly took. Their credit ratings were affected when Avant reported the loans as delinquent despite the fact that consumers had remitted the entire payoff amount quoted to them.

Where was the law?

More CREDIT UNION EXCESSIVE OVERDRAFT FEES News
The lawsuit was brought under a collection of federal statutes, including the Telemarketing and Consumer Fraud and Abuse Prevention Act, the Electronic Fund Transfer Act (EFTA) and Regulation E, which implements many of the provisions of the EFTA. The Complaint contains language concerning “telemarketing” and “interstate phone calls,” which seems almost quaint in the context of 21st century online financial transactions.

This lawsuit was fairly singular, however, because it was initiated by a federal agency. Individual consumers might have other legal resources at hand in similar circumstances, including the state laws that have been used by plaintiffs in in excessive overdraft fee lawsuits. The question remains, however, as to whether state or federal financial protection laws are up to the task of protecting consumers from either predatory practices or gross mismanagement in online lending. The lending industry seems to be evolving faster than consumer protection laws.

Posted by
Annoyed
on September 26, 2019
Why can the law of theft also be included.??? That's what ripping people off is... simply theft!!!