Cash Advance? There’s an App for That

What, you may ask, does the Pay feature of the new smartphone app, Branch, have to do with excessive overdraft fee lawsuits? The honest answer is maybe nothing. On the other hand, it may be next new frontier for an under-regulated cash advance/overdraft fee/ payday loan industry. 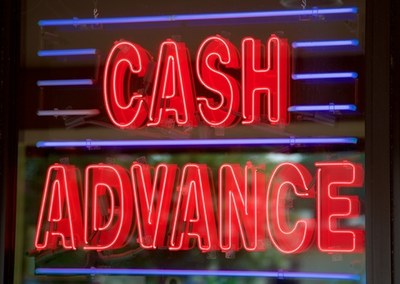 Loan sharks and payday lenders have long been players in an arena where the demand is high but the cost of borrowing is punishing. Banks and credit unions may have skimmed off the more able borrowers with excessive overdraft fees on checking accounts. The practice appears to have been somewhat curtailed by class action lawsuits against behemoths such as MidFlorida Credit Union, Pentagon Federal Credit Union, Boeing Employees Credit Union and Landmark Credit Union.

Branch’s pay-on-demand service, Pay, offers quick, convenient cash advances to the unbanked, as well as a link to existing bank and credit union accounts for those who have them. Just past the rollout phase, the fees are still nonexistent or very low. But, to quote the mystical voice in the cornfield, “If you build it, they will come.” This may be a spot to watch.

Branch Messenger, Branch, Pay and Plaid – How it Works


Branch, originally called Branch Messenger, is a scheduling and pay management app for hourly workers. Its Pay feature is available to anyone in the United States who downloads the Branch app. Pay describes itself as an attempt to provide a fee-based alternative to payday lending, not a lending service, itself.

The Pay feature allows hourly workers to get paid for the hours they have already worked before the next regular pay date. To use Pay, the worker needs only to download the app and enter an employer, debit card or payroll card and bank account information. Through its integration with Plaid, Branch has access to almost all U.S. banks and credit unions.

Users can get a $150 cash advance immediately and up to $500 per pay period, according to the company. Branch does not charge anything for those who are willing to wait two days to receive cash. It charges $1.99 for instant deposits.

The Pay feature was previously available to only a small group of employees at companies like Taco Bell and Target. It is now available to anyone. Branch views Pay as a loss leader to get users onto the Branch app and more businesses onto its scheduling and payment management platform. Today, Branch primarily focuses on business customers.

But let’s turn the story around to see it from the perspective of an hourly worker facing a crisis. Were Pay to charge a little more for an immediate advance, would that be a deal breaker? Perhaps a little more to extend some small credit – would that be so bad?

If Branch were to expand its view of the profit-generating potential of Pay beyond the record keeping business to include borrowers, perhaps things would be different. Usury laws and lending regulations could become part of the picture. This is, frankly, somewhat speculative, but the short-term lending industry has proved itself creative before.


Banking and non-bank lending is regulated by the Consumer Financial Protection Bureau (CFPB). The payday loan industry has been the target of renewed scrutiny since the passage of Dodd-Frank, and certain forms of lending, like balloon payment loans have been severely restricted. Lenders must also take steps to ensure that borrowers can repay loans. These restrictions, themselves, are now under review.

With respect to excessive bank overdraft charges, the CFPB’s efforts have largely focused on ensuring that charges are adequately disclosed. A bank’s standardized customer deposit agreement must fully and completely disclose all fees, including out-of-network fees, balance inquiry fees and the methodology for calculating overdraft fees. Excessive overdraft fee lawsuits have tended to focus on whether the disclosure met these requirements.

Existing regulatory schemes may not be adequate if and when Branch and Pay begin to move into more traditional banking functions, like lending. It would be good to hear from customers. Please call right away if a long-dead baseball player shows up to play catch.

More CREDIT UNION EXCESSIVE OVERDRAFT FEES News
Do you remember when Facebook argued that it was not a media company, or Uber claimed that it was not a taxicab empire? Airbnb similarly claimed that did not offer public accommodations. For each “sharing economy” startup, the claim was essentially that it should not be subject to regulation like traditional participants in the industry. They were just platforms – utterly value-neutral technology, which should be left unfettered to grow and thrive.

The earliest challenges came from the competitors who were hurt – especially taxi companies and hotels. The later rounds of lawsuits came from consumers who were harmed – Facebook users who discovered they were being manipulated by Russian bots or Uber riders whose drivers became violent, for example.

Public opinion on this issue seems to have turned a corner. It will be interesting to see if Branch ultimately claims that it should not be subject to banking regulation for the same reason. Payday lending companies may be the first to sue, but the lawsuits from consumers who took advantage of the cash advance feature only to find themselves trapped in a cycle of debt may quickly follow.

Posted by
CPO Willis L Greene US Navy Retired/VIET NAM VET
on April 7, 2019
These SLUGS such as Payday Loans, Rent to Own, Branch, Car Title Loans and Others are a TRAVESTY of Fairness to the Downtrodden, Don't Know Better, Low Paying Jobs, ETC;
of an AMERICA that Used to be FAIR less a few CROOKS that Preyed on them in similar ways...!! Our Consumer Protection Bureau should have MORE POWER to REIGN in these CROOKS and Hold Them ACCOUNTABLE... This Great Country is GOING Down the Drain in More Ways than ONE...~!!~