For the first time ever, the Department of Justice criminally prosecuted two executives after failing to report dehumidifiers they sold caught fire.

Simon Chu and Charley Loh, part-owners and former executives of Chinese appliance manufacturer Gree Electric Appliances and a company that imported, distributed, and sold China-manufactured dehumidifiers to retailers, allegedly knew the dehumidifiers caught fire but failed to report and recall (too expensive) the defects for at least six months. According to the indictment, the two men “deliberately” withheld information about the defective dehumidifiers. 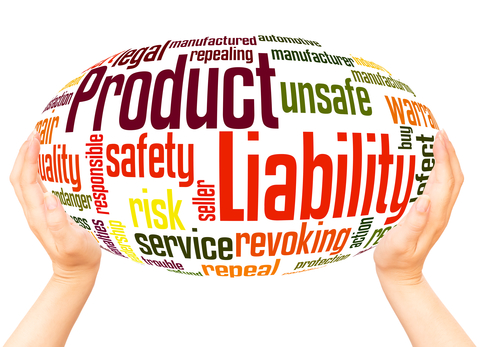 The indictment claims that the men knew back in 2012 that the dehumidifiers could cause fires, when they allegedly received a video from a consumer showing the Chinese humidifier on fire. They tested the plastic used in the humidifiers to see if it would burn, and it did indeed catch fire.

First Criminal Prosecution of an Individual in CPSA Case


What makes this incident important (besides endangering countless consumers) is that this is the first criminal prosecution of an individual or firm for failing to report to the Commission under the Consumer Product Safety Act (CPSA). And this case will likely have product safety repercussions.

Chu and Loh were charged at the end of March 2019 by the Department of Justice (DOJ) for conspiracy to commit wire fraud, failure to furnish information under the safety act and to defraud the U.S. Consumer Product Safety Commission (CPSC). The pair were charged with fraud because they knew the dangers the dehumidifiers posed, yet failed to report those dangers to the retail stores they sold them to, the consumers who bought the defective products, and the insurance companies that paid for damage caused by the dehumidifier fires, according to the DOJ.


The CPSA requires every manufacturer, importer, or distributor of a consumer product to report immediately information that its product(s) “may contain a defect which could create a substantial product hazard.” The same is required for products that don’t meet mandatory federal safety standards or could create “an unreasonable risk or serious injury or death.” Failing to furnish such information to the Commission is a “prohibited act” of the CPSA.

Historically, violations of the consumer product safety laws seemed to be resolved through penalties and fines and lawsuits to ensure that defective and/or dangerous products are recalled and/or discontinued or removed from the market. This indictment, however, indicates that the Government is willing and able to prosecute individuals or firms criminally for violations of the product safety laws.

Loh was also CEO of Soleus International Inc., which bills itself as “leader in the air conditioning industry”. In a 2015 lawsuit, Soleus said its Chinese partner, Gree, knew the dehumidifiers it was selling were hazardous and pressured Soleus to cover up mounting customer complaints that they overheated and went up in flames. A jury determined Gree ruined its $150 million joint venture with Soleus after it reported the Chinese company’s fire-prone dehumidifiers to federal regulators and Soleus was awarded a $42.5 million settlement.


The DOJ claims that Chu, Loh and their unnamed companies continued to sell the defective dehumidifiers through April 2013 because they didn’t want to pay for a recall. (LG Electronics Inc., of Seoul, South Korea was ordered to pay $1.8 million for failing to report its dehumidifier defects.)

The dehumidifier problem wasn’t reported to the CPSC until March 2013, according to the indictment. But in its report the company neglected to recommend a recall and said the dehumidifiers were safe to use as intended. The company and the Commission eventually launched a recall of 2.2 million dehumidifiers in September 2013. The recalled devices sparked at least 450 fires that resulted in about $19 million in property damages, according to the CPSC.

The 2013 recall by Gree Electric Appliances included about 2.5 million dehumidifiers in the U.S. and Canada, adding four models of SoleusAir dehumidifiers, and expanding several date code ranges to the recall issued in September 2013. And in an effort to create more awareness, to urge more consumer to check their dehumidifiers, another recall was announced in 2016.

More DEHUMIDIFIER News
The CPSC in March 2016 fined Gree a record $15.45 million following allegations that the company had failed to report fires. As well, the CPSC claimed that Gree had knowingly misrepresented facts to CPSC staff members during the course of the recall. Due to continuing reports of house fires and incidents, the reported value of property damage caused has skyrocketed to nearly $19 million in damage.


If Chu and Loh are convicted they both face up to 20 years in prison for the wire fraud charge and another five years for each of the conspiracy and the failure to furnish information counts. They could also have to pay a fine of at least $250,000 if convicted, the DOJ said. This indictment might be a wake-up call to other company officials regarding how to handle defective products and safety issues. And a recall may be more cost-effective. The case, which was investigated by US Homeland Security, is U.S. v. Chu et al., case number 19-cr-00193, in the U.S. District Court for the Central District of California.

If you or a loved one have suffered losses in this case, please click the link below and your complaint will be sent to a defective products lawyer who may evaluate your Dehumidifier claim at no cost or obligation.
Request Legal Help Now