Were you looking for 13 Brands of Dehumidifiers Recalled Due to Serious Fire and Burn Hazards or 98,000 Dehumidifiers Recalled lawsuits?
Since September 12, 2013, Gree and the Consumer Product Safety Commission have announced two Gree dehumidifier recalls. The dehumidifier recalls were issued due to concerns about the dehumidifiers overheating and potentially catching on fire. In all, more than 2.4 million units were part of the recalls, leading to concerns about defective dehumidifiers. Attorneys are now investigating possible lawsuits against the company alleging property damage on behalf of consumers whose homes were damaged by an overheated dehumidifier and possible lawsuits alleging lack of notification about the recall.

Send your Dehumidifier Recall claim to a lawyer who will review your claim at NO COST or obligation.
GET LEGAL HELP NOW 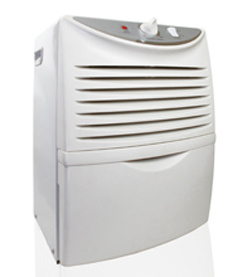 The first Gree dehumidifier recall was issued on September 12, 2013, and involved recalling more than 2.2 million Gree dehumidifiers (recall number 13-283). According to the Consumer Product Safety Commission (CPSC), the dehumidifiers were at risk of overheating and potentially catching fire, posing a hazard to consumers. At the time of the recall, CPSC noted it had learned of 325 reports of incidents involving the dehumidifiers, including 71 fires resulting in more than $2 million in property damage.

Between the two recalls, more than 2.4 million units were recalled in the US. The dehumidifiers were sold between January 2005 and August 2013.

The lawsuit alleges customers complained about the fire risk as early as July 2012, but that Gree pressured Soleus to "cover-up the mounting customer complaints of overheating and/or fire" or at least delay reporting the complaints to the CPSC.

If you or a loved one has suffered similar damages or injuries, please click the link below and your complaint will be sent to a lawyer who may evaluate your claim at no cost or obligation.
Please click here for a free evaluation of your Dehumidifier Recall claim
Last updated on Dec-16-21

Industry, CA: Simon Chu and Charley Loh, part-owners and former executives of Chinese appliance manufacturer Gree Electric Appliances and a company that imported, distributed, and sold China-manufactured dehumidifiers to retailers, allegedly knew the dehumidifiers caught fire but failed to report and recall (too expensive) the defects for at least six months. According to the indictment, the two men “deliberately” withheld information about the defective dehumidifiers.READ MORE
Fire Department Sees Two Dehumidifier Fires in Sheboygan

Sheboygan, WI Battalion Chief Gary Kolberg from the Sheyboygan Fire Department in Sheboygan, Wisconsin says the dehumidifier in the house his firefighters were called to was so incinerated he couldn’t even tell what the serial number was on the unit.READ MORE
Millions of Dehumidifiers Recalled Following Reports of Fire And Property Damage

Santa Clara, CA: Gree Electric Appliances of China and the Consumer Product Safety Commission have re-issued a massive recall of allegedly defective dehumidifiers following reports of 450 Fires and $19 million in property damage. According to the CPSC’s website, the brand names included in the recall are Frigidaire, Soleus Air, Kenmore, among others.READ MORE

Posted by
Kevin
on September 9, 2019
Gree dehumidifier almost burned down our house. Lost everything due to fire and water damage to the basement and extensive smoke damage throughout the rest of the house.
Posted by
Alice Y. Rondeau
on March 6, 2017
It's a long story.... I will provide you the details, if you

Posted by
dave thomas
on April 3, 2016
DEFECTIVE UNIT NO FIRE
Posted by
richardnickell
on August 30, 2015
i have a soleus air energy star dehumidifier a turned it off how do i get a refund please answer