Were you looking for Viagra, Cialis, and Levitra lawsuits?

Viagra (sildenafil citrate), prescribed for the treatment of erectile dysfunction, has been linked to serious Viagra side effects including melanoma, which is an aggressive form of cancer. As of December 2014, the Viagra label fails to warn about melanoma, but it does warn of sudden vision loss. The famous "little blue pill"has also been linked to viagra onarteritic anterior ischemic optic neuropathy (NAION). Attorneys are currently investigating whether Pfizer Inc., the manufacturer, knew or should have known about life-threatening Viagra melanoma. And they are in discussions with claimants who have a Viagra Skin Cancer Diagnosis to determine whether they can file a Viagra lawsuit.

Send your Viagra Skin Cancer claim to a lawyer who will review your claim at NO COST or obligation.
GET LEGAL HELP NOW

Viagra and It's Side Effects 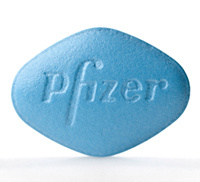 Viagra, along with Cialis and other ED medications, belongs to a class of drugs known as PDE-5 inhibitors. These drugs increase blood flow to the spongy tissues of the penis, which creates an erection.

Since Viagra was approved by the FDA in 1998, millions of men have taken the erectile dysfunction drug, making billions of dollars for Pfizer. (The price of one pill averages $25 and in 2012 alone it brought the drug company $2 billion in sales). Pfizer has aggressively promoted its blockbuster drug in direct to consumer advertisements in print and television as a safe treatment for ED. However, soon after it entered the market a number of serious side effects, including heart attacks and strokes, vision and hearing problems, were linked to Viagra. Viagra lawsuits followed.

The FDA in 2005 ordered that a vision loss warning be added to the Viagra label. Although PubMed (April 2006) "did not suggest an increased incidence of NAION in men who took sildenafil [Viagra] for ED", several studies indicate otherwise.

Studies have linked the use of Viagra with NAION (Wikipedia cites seven papers dating from February 2000 through August 2005, including two studies published in the Journal of Neuro-ophthalmology 25 (1): 9–13, and another in the Journal of Ocular Pharmacology and Therapeutics 21 (4): 315–7) See more about Viagra blindness and hearing loss.

Interestingly, Pfizer has recently applied for patents for "Innovations related to the treatment of anterior ischemic optic neuropathy", which is the condition its ED drug is allegedly linked to. 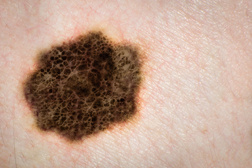 A study published in The JAMA Internal Medicine(June 2014) showed that men who used Viagra were 84 percent more likely to develop melanoma over a period of ten years. The study comprised more than 25,000 men in the US averaging the age of 65, six percent of whom had taken Viagra to treat erectile dysfunction.

Researchers behind the JAMA report believe that Viagra affects the same pathways that allow cancers to spread aggressively. The ED drug lowers levels of a protein called PDE5A, which protects against cancer. This allows melanoma skin cancer cells to become more invasive.

The researchers identified 580 incidents of squamous cell carcinoma, 3,030 of basal cell carcinoma and 142 incidences of melanoma. While they found that men who used Viagra were at nearly twice the risk for developing melanoma, they didn't find a link between Viagra and risk for other types of skin cancers. Further, the researchers did not find any evidence that erectile dysfunction itself increased the risk of melanoma.

The study determined that those men who had ever used Viagra had double the risk of developing melanoma than those who never took the drug. Even men with no family history of the skin cancer or men who generally are not exposed to the sun are likely to have a greater risk of melanoma after Viagra use.

Melanoma is a deadly skin disease that kills about 9,000 people in the US alone annually, according to The American Cancer Society. The incidence of melanoma has steadily increased since the 1980s.

A Viagra Melanoma lawsuit was filed in December, 2014 by an Illinois man. Edward Corboy Jr was prescribed Viagra in 2008 and was diagnosed with melanoma four years later. Corby says in his lawsuit that he never would have taken Viagra if he had known of its serious side effects. Corby claims he didn't know about the risk of skin cancer until the JAMA study was published in June of 2014.

If you or a loved one has suffered a Viagra Side Effect, please click the link below and your complaint will be sent to a Drug & Medical Device lawyer who may evaluate your claim at no cost or obligation.
Please click here for a free evaluation of your Viagra Skin Cancer claim
Last updated on Dec-26-14

Cleveland County, NC: A man from Cleveland County is not happy that his three-year Viagra habit allegedly resulted in a cancerous lesion on his scalp. Willard Hoffman, the plaintiff in a personal injury lawsuit, is taking Pfizer Inc. to court following his Viagra Skin Cancer Diagnosis, claiming that Pfizer should have disclosed the potential cancer risk. He’s taking Pfizer to task for failure to warn, amongst other claims.READ MORE
New Viagra Lawsuit Alleges Sildenafil Caused Viagra Skin Cancer Diagnosis

Los Angeles, CA: With a number of Viagra Skin Cancer Diagnosis lawsuits already percolating around the country, yet another Viagra lawsuit was filed in late October alleging a diagnosis of Viagra melanoma was associated with the plaintiff’s long-term use of Viagra (sildenafil) for erectile dysfunction.READ MORE
Viagra Melanoma: The Heat’s Been Lowered, but the Embers Still Burn

Urologist Stacy Loeb conducted her research on Viagra melanoma for all the right seasons and under the best of circumstances: there was no funding from any pharmaceutical company manufacturing or marketing an erectile dysfunction (ED) drug. And she wanted to get to the bottom of it as her patients, many of whom suffer erectile dysfunction and who use (or wish to use) Viagra or competing drugs for ED, wanted peace of mind.READ MORE

Posted by
California
on December 21, 2014
I have been taking Viagra. I had a really bad rash and my vision changed.