Viagra Melanoma: The Heat’s Been Lowered, but the Embers Still Burn

Urologist Stacy Loeb conducted her research on Viagra melanoma for all the right seasons and under the best of circumstances: there was no funding from any pharmaceutical company manufacturing or marketing an erectile dysfunction (ED) drug. And she wanted to get to the bottom of it as her patients, many of whom suffer erectile dysfunction and who use (or wish to use) Viagra or competing drugs for ED, wanted peace of mind. 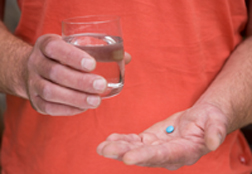 In what is now a well-known observation, Dr. Loeb and her team of researchers from New York University concluded there is no causal link between Viagra and skin cancer. They still can’t rule out an association, given their observation that lifestyle choices can have as much or more to do with increasing risk factors for skin cancer, than occasional or even vigorous use of sildenafil (Viagra). However, the exhaustive research conducted by Loeb and her team appeared to remove the wind from the sails of another study, published in June of last year, that raised several red flags with regard to the potential for Viagra Skin Cancer Diagnosis.

Akin to Loeb and colleagues’ more recent study, the 2014 study published in JAMA Internal Medicine failed to turn up either a causal link or an association with Squamous Cell Carcinoma or Basal Cell Carcinoma. However, the study nonetheless suggested the potential for an increased risk for Viagra melanoma.

The study was limited in its scope, and researchers were quick to point out that more research needed to be done. However, study proponents suggested that Viagra side effects could go beyond the more common side effects related to sudden (and temporary) vision and hearing loss; users of Viagra could face an 84 percent increased risk for skin cancer.

Driving the researcher’s theory about a possible association was the potential for sildenafil to lower the protein-coding enzyme (PDE)5A. The latter is a groundbreaking observation, given that most melanomas found in humans occur on a pathway regulated by the protein BRAF, which inhibits the (PDE)5A enzyme. Sildenafil (Viagra), according to researchers, has the potential to lower (PDE)5A. Previous studies have found that increasing levels of (PDE)5A can decrease the capacity for cancer cells to invade and metastasize. Conversely, inhibiting (PDE)5A could encourage the invasion of cancer cells, and thus increase the risk for Viagra melanoma.

More VIAGRA SKIN CANCER News
In an excellent summary of Dr. Loeb’s more recent study published by Forbes (6/23/15), there was no reference to the (PDE)5A theory. Loeb and her associates conducted an intensive study of existing data from a large Swedish registry to reach their conclusions pertaining to the lack of a causal relationship between skin cancer and Viagra (and other drugs designed to treat erectile dysfunction). However, the study appears to be more observational, than science.

The 2014 study was also not able to find a causal relationship, but did find the basis for an association.

The disconnect between the two studies appears to have lowered the heat somewhat on the potential for Viagra Skin Cancer Diagnosis. But until the (PDE)5A theory is studied further, the embers continue to burn…

If you or a loved one have suffered losses in this case, please click the link below and your complaint will be sent to a drugs & medical lawyer who may evaluate your Viagra Skin Cancer claim at no cost or obligation.
Request Legal Help Now

Posted by
Gold
on September 13, 2015
I get an extreme head pain and can not perform out for the count.