Were you looking for Diabetes Medication Lawsuits or FDA Reviews Saxagliptin (Onglyza and Kombiglyze XR) For Heart Failure Risk or FDA Wants More Data on Saxagliptin Dapagliflozin Combo Diabetes Medication lawsuits?
A US Food and Drug Administration (FDA) advisory panel has recommended that Onglyza, known generically as saxagliptin, should carry an updated warning about the risk of Onglyza side effects including the potential for heart failure. The recommendation came in April after a study suggested a link between the use of Onglyza and heart failure. Saxagliptin is also used in combination with metformin in Kombiglyze XR.

Send your Onglyza and Kombiglyze XR claim to a lawyer who will review your claim at NO COST or obligation.
GET LEGAL HELP NOW 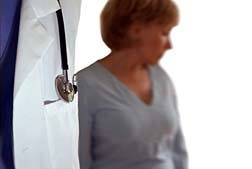 Onglyza is a diabetes drug known as a dipeptidyl peptidase-4 inhibitor used along with diet and exercise to lower blood sugar in adults who have type 2 diabetes. It was first approved for use in the US in 2009, and is made by AstraZeneca.

Early in 2015, the FDA announced it was holding an advisory panel meeting to determine if any action should be taken regarding the use of Onglyza, following release of a study that suggested an increased risk of heart problems in patients who used the medication.

The FDA convened its advisory committee after the results of the SAVOR (Saxagliptin Assessment of Vascular Outcomes Recorded in Patients with Diabetes Mellitus—Thrombolysis in Myocardial Infarction 53) were published in the New England Journal of Medicine. The SAVOR study was conducted in 16,492 patients with type 2 diabetes who either had established cardiovascular disease or were at high risk for cardiovascular disease. Although the study found less than a 30 percent increased risk of cardiovascular disease in patients using Onglyza, there was still a 27 percent increase in first event of hospitalization for heart failure, according to FDA briefing materials. Furthermore, the FDA' materials noted that there were "significant or near-significant increases in all-cause mortality,"including both cardiovascular and non-cardiovascular deaths.

As a result of the SAVOR study, the FDA advisory panel recommended the warning label for saxagliptin be strengthened to include information about the potential for cardiac problems in patients using the medication. The panel reportedly voted 13 to 1 to recommend the label changes to the drug. According to minutes from the meeting, one panel member voted to remove saxagliptin from the market, finding that it does not have an acceptable safety profile and has not demonstrated a cardiovascular benefit.

Attorneys are investigating a possible lawsuit against the maker of Onglyza, if patients were not properly warned about the risk of severe side effects potentially linked to the medication.

Patients who are taking Onglyza should not discontinue their medication without first speaking with their medical professional.

If you or a loved one has suffered similar damages or injuries, please click the link below and your complaint will be sent to a Pharmaceutical lawyer who may evaluate your claim at no cost or obligation.
Please click here for a free evaluation of your Onglyza and Kombiglyze XR claim
Last updated on Oct-22-15

Things to Know About the Kombiglyze XR Lawsuit

People are suing AstraZeneca for its drug’s alleged harmful side effects. Kombiglyze XR (saxagliptin and metformin) is a drug developed to help treat type two diabetes. It is the extended version of another drug called Onglyza (saxagliptin), a drug that can help lower glucose levels and prevent diabetic complications from developing in patients with type 2 diabetes.  READ MORE

Atlanta, GA: In the past month, two more Onglyza and Kombiglyze lawsuits were filed on behalf of diabetes patients who claim the manufacturer concealed information linking the diabetes drug to an increased risk of heart failure and failed to warn about its alleged potential to cause serious heart problems.READ MORE
Deadly Onglyza Side Effects Set in Fast and Lawsuits Lumber On