Add Pancreatic Cancer to Your List of Saxagliptin Worries

While patient lawsuits have focused on the danger of heart failure as a Saxagliptin side effect, the risk of pancreatic cancer may be flying under the radar. It can be just as deadly, and research suggests a link between Saxagliptin and the disease. 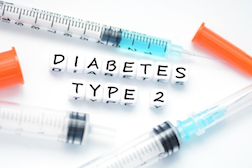 Saxagliptin is the generic form of a number of brand- name drugs used to treat type 2 diabetes, including Onglyza and Kombiglyze XR. It has been a source of concern since the FDA approved its use in 2009, despite reservations about clinical trial results. A 2013 study, published in the New England Journal of Medicine subsequently noted a potential for increased risk for “all-cause mortality” with Saxagliptin use. Among these risks is the danger of pancreatitis, a risk factor for pancreatic cancer, which is the fourth most common cause of cancer deaths in the United States.

Saxaglipitin falls within a class of drugs, known as incretin mimetics. These mimic the effect of the body’s natural hormones to lower blood sugar after eating. A number of popular diabetes drugs, including but not limited to Onglyza and Komgiiglyze XR fall within this category.

According to a study published in the medical journal Gastroenterology in February 2011, diabetics who used incretin mimetics were up to 2.7 times more likely to develop pancreatic cancer than diabetics who did not. In February 2013, a study published in JAMA Internal Medicinee found that patients treated with Januvia, an incretin mimetic similar to Onglyza, were twice as likely to be hospitalized with pancreatitis.

More ONGLYZA AND KOMBIGLYZE XR News
According to the National Pancreas Foundation, acute pancreatitis usually begins with gradual or sudden pain in the upper abdomen that sometimes extends to the back and may become worse after eating. The pain is often severe, constant and commonly lasts for several days in the absence of treatment. Other symptoms may include: a swollen and tender abdomen, nausea and vomiting, fever and a rapid pulse. The American Cancer Society notes that chronic pancreatitis is linked with an increased risk of pancreatic cancer.

Although published reports of Saxagliptin lawsuits based on a diagnosis of pancreatic cancer are still rare, these may be waiting in the wings pending additional clinical research strengthening the link between the drug and the disease. Patients experiencing the symptoms of pancreatitis should certainly alert their health care professionals about the use of any prescription medications to treat diabetes.

Posted by
Anthony Williamson
on January 1, 2018
My wife died from pancreatic cancer in 2014 while taking Onglyza.We never saw or received warnings from commercials or doctors about what we should look out for.She had the stomach pains like that are now talked about on tv and in this article.
Posted by
Bettie Calvert
on October 17, 2017
My mom died in 2007 from pancreatic cancer. How can you find out if my mom would have been eligible. She died in Kankakee, Ill. Her name Mariah Dixon.