Were you looking for Actos or Byetta or Januvia or Victoza Side Effects lawsuits?

Send your Diabetes Medication claim to a lawyer who will review your claim at NO COST or obligation.
GET LEGAL HELP NOW

Among the diabetes medications possibly linked to an increased risk of thyroid and/or pancreatic cancer are: 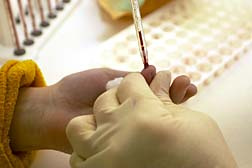 The drugs are in a class of diabetes medication called incretin mimetic drugs because they mimic incretin hormones that are naturally produced in the body, and which stimulate the release of insulin following a meal.

On March 14, 2013, the FDA issued a Drug Safety Communication about the drugs noting that it was evaluating findings from researchers that suggested an increased risk of pancreatitis and pre-cancerous cellular changes in patients who used incretin mimetics. Pancreatitis is also associated with an increased risk of pancreatic cancer. At the time, the FDA said it had not reached new conclusions about the drugs, and said it has not concluded the drugs cause or contribute to pancreatic cancer.

Byetta has been linked to an increased risk of acute pancreatitis, pancreatic cancer and thyroid cancer. The US Food and Drugs Administration (FDA) has issued warnings about Byetta, including reports of necrotizing or hemorrhagic pancreatitis, two of which resulted in death.

Byetta lawsuits have been filed against the maker of the drug, alleging patients developed pancreatic cancer after using the diabetes medication. 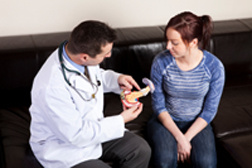 One study, published in the journal Gastroenterology (7/11) suggested a link between the use of Januvia and the development of pancreatitis and pancreatic cancer, but other researchers argued the study was flawed.

In March 2013, the FDA announced it was undertaking a safety review of Januvia, Byetta and Bydureon to determine the risk of pancreatitis in patients who used the medications. In addition, a motion has been filed with the US Judicial Panel on Multidistrict Litigation (MDL) to consolidate approximately 53 lawsuits that allege pancreatic cancer as a result of Januvia, Janumet, Byetta and Victoza.

In March 2013, the FDA announced that results from a study suggested Victoza was linked to an increased risk of pancreatitis. The FDA has not so far requested any changes to the Victoza label, but it has said it is reviewing data from the study. Meanwhile, animal studies suggest Victoza is linked to an increased risk of a rare thyroid cancer called medullary thyroid cancer.

Victoza is one of the diabetes drugs included in the motion filed with the US Judicial Panel on Multidistrict Litigation (MDL) that aims to consolidate diabetes drug lawsuits alleging pancreatic cancer as a result of taking Januvia, Janumet, Byetta or Victoza.

Fighting Back Against the High Cost of Insulin

Seattle, WA It’s almost a century since two Canadian researchers discovered insulin could save the lives of diabetics. They believed that no one should profit from their remarkable discovery and sold the patent to the University of Toronto for $1. Changes to the production of insulin and expiring patents have changed all that. Today, insulin is big business.READ MORE
Proving the Case - Pancreatic Cancer Patients Point Finger at Diabetes Drugs

Health regulators in the US, Canada and Europe have shown they are far from ready to curtail sales or change the labels on any of the widely used type 2 diabetes medications that may or may not have a causal link to increased rates of pancreatitis and pancreatic cancer.READ MORE
Increased Disability with Diabetes - Will This Affect Disability Insurance Claims?

People with diabetes are at a 50 percent increased risk for disability compared with the non-diabetic population, according to a new study recently published July 23 in the journal The Lancet Diabetes and Endocrinology. Despite the many diabetes drugs, available to manage this disease, diabetes medications are associated with the risk for serious adverse events, and do not necessarily mitigate the risk for disability.READ MORE
READ MORE Drugs/Medical Settlements and Legal News
READ MORE Personal Injury Settlements and Legal News

Posted by
Marcya woodson
on January 2, 2018
Hello I was on a medformin for 2years 1500 mg a day in the hospital every month for about four days each time throwing up diarrhea was. Everybody’s working what’s wrong with me over a year I thought I was dying I was depressed suicidal like I had food poisoning every day coming to find out it was the medication I was taking while I was in the hospital that was killing me for two years who can I sue I needed A lawyer anguish I went through
Posted by
Bonne Cook
on August 2, 2017
Have taken Metformin about 12 years. Have heart condition, Kidneys have high potassium levels and had to go to hospital.
thyroid does not work. Pain in legs. also have heart failure.
Posted by
Manuel Stuettler
on July 24, 2015
Dear sir, dear madame!

My name is Manuel Stuettler I´m 38 years old, 1,81 meters tall body
weight 78 kg.I´m a mycologist, head of Mushroom Research Center Austria
and my IQ was measured by a sworn authorised expert on psychiatry at 139
points. In the year 2012 I had a deep vein thrombosis in my right leg
due to long resting in the bed because i had an ankle injury.
I was treated then with Lovenox syringes for a few months . At first
there where no complications. But after a certain amount of time being
treated i developed severe muscle weakness so i was forced to use
crutches for walking. But the effect got even stronger until i was
unable to hold my body weight which led me to use a wheelchair.The
doctors in Innsbruck Austria, European Union didn´t recognize this side
effect as it was and still isn´t mentioned on the instruction leaflet in
Austria or Europe.After the Lovenox treatment the doctors switched to
Sintrom which led to a discoordination of my fingers so I was unable to
use my hands. Then the doctors switched to the "new" medication
Xarelto.I was again able to walk but after a months or so i developed
strong balance disorder . After a few months doctors decided that i
should quit the drug. I asked them if a thin out of the medication is
needed, but they told me that this is not needed and i should
discontinue to take the medication immediately. That´s what I did, but
several days later (10 days) i developed a deep vein thrombosis in my
healthy left leg without being lying or so. I was again treated with
lovenox first and then sintrom. I started to make investigation in the
internet then and found out that in the US it was warned to quit xarelto
without using another anticoagulant parallel .Until today it is not
written on the instruction leaflet.In autumn 2014 I developed a lung
emboly and was again treated with lovenox first which led to strong
muscle weakness, after approx. 3 months the doctors switched again to
xarelto. at first everything was fine but after 6 months i developed
muscle spasm and balance disorder.After Reha of 6 weeks the effect is
still there, all other medical causes have been excluded. These side
effects are again well known in the US but have again been hidden by the
Pharma company in Europe as it is not written on the instruction leaflet
again.
My question now is: when was the first time the side effect "muscle
weakness" of lovenox was recognized in The US, and when was first warned
that premature discontinuation of xarelto can lead to thrombosis or
emboly without using another anticoagulant parallel? When was the first
time the side effects of Xarelto(balance disorder, muscle spasm) being
known in the US?
Do you think that these companies are guilty for not publishing the data
in Europe for such a long time?Do you think that i can claim against the
producers of lovenox in the US for hiding this information in Europe,
the same for Bayers xarelto?


Posted by
becky
on July 23, 2015
I need legal help I took the medication trajenta abd now I have acute pancreatitis the doctor told me they can't save my pancrease please call me
Posted by
Anonymous
on February 18, 2015
Dr prescribed me Glyburide for gestational diabetes. My son developed rare side effect low platelet levels "ITP".