FRS Healthy Energy (formerly New Sun Nutrition, Inc.) is a line of products sold by the FRS Company and distributed by PepsiCo. The FRS energy brand of products contain a patented formula of quercetin (QU995), green tea extract and essential vitamins. The company claims that its formula boosts energy, enhances fitness, and supports immunity, but FRS complaints from critics and consumers say there is no valid scientific evidence to defend quercetin benefits. As well, a number of FRS complaints stem from the company's billing practices. Attorneys are currently investigating FRS quercetin false advertising claims and billing practices.

Send your FRS Healthy Energy claim to a lawyer who will review your claim at NO COST or obligation.
GET LEGAL HELP NOW

FRS consumers have complained that FRS Healthy Energy is a scam; that its products, including Ready-to-Drink Cans, Concentrate, Powder and Chews, do not actually cause any real "boost" in energy, fitness or immunity, and it is nothing more than citrus flavored snake oil—or at the most, water, flavoring and vitamins. 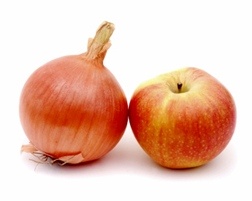 Quercetin is a type of plant-based chemical, or phytochemical, known as a flavonoid. Good sources of quercetin include apples, grapes, onions, teas, red wines, and many other foods. Quercetin is also available as a dietary supplement.

Because quercetin is sold as a dietary supplement in the US, the FRS Company is not required to prove to the Food and Drug Administration that its supplements are safe or effective, as long as it doesn't claim the supplements can prevent, treat, or cure any specific disease. 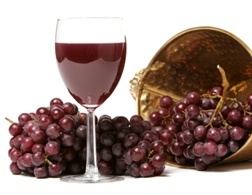 On its website, however, FRS claims that "science" proves that it boosts energy, enhances fitness, and supports immunity.

But the scientific studies posted on the company's website are, for the most part, merely experiments done with a very small number of participants that do not actually scientifically prove the claims made by the company about the product. In one study, "The Dietary Flavonoid Quercetin Increases VO2max and Endurance", a sample of twelve volunteers was used; in another eleven cyclists were studied. And many of the studies appear to have been done by people with a financial connection to the company or to the producers of Quercetin, even though those financial connections are not disclosed in the scientific papers.

Lance Armstrong has endorsed FRS Healthy Energy, and he is the primary spokesperson for the product, featured prominently in the company's advertising. He also is a member of the company's board of directors. Other athletes also appear on the company's website and in its advertising, including Derek Fisher of the Los Angeles Lakers basketball team.

On December 1, 2009 the Federal Trade Commission (FTC) implemented its new "Guides Concerning the Use of Endorsements and Testimonials in Advertising," to continue protecting consumers from false and misleading advertisements. The old guidelines allowed a celebrity—such as Lance Armstrong—to make an endorsement and an average consumer to make a testimonial. Now, the FTC defines an endorsement as "any advertising message that consumers are likely to believe reflects the opinions, beliefs, findings or experiences of a party other than the sponsoring advertiser, even if the views expressed are identical to those of the sponsoring advertiser."

In effect, this means that if Lance Armstrong talks about this supplement on TV, he has to explain that he's a paid endorser. The disclaimer can be in the end credits, or the endorser can mention in conversation that he is endorsing the product. The FTC states:

"Endorsements must reflect endorser's general views and must not contain any express/implied representation that would be misleading if made by the advertiser. Advertisers can be liable for misrepresentations and for failure to disclose material connections, as can endorsers." Regarding disclosure of material connections, The FTC now states that: Regarding liability of advertisers: 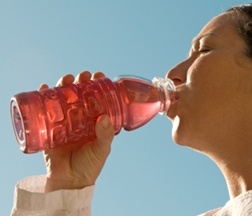 In September 2010, a federal judge denied Coca-Cola's motion to dismiss a lawsuit over what the Center for Science in the Public Interest (CSPI) says are deceptive and unsubstantiated claims on the company's "Vitaminwater" line of soft drinks. Coca-Cola claimed that Vitaminwater reduces the risk of chronic disease, reduces the risk of eye disease, promotes healthy joints and supports optimal immune function, and uses health buzz words such as "defense," "rescue," "energy" and "endurance" on labels.

Like FRS, Coca-Cola paid basketball stars, including Kobe Bryant and Lebron James, to appear in ads saying its products are a healthy way for consumers to hydrate.

Judge John Gleeson found the word "healthy" violates FDA regulations on vitamin-fortified foods. The judge also found the names of the drinks, along with other statements on the label, "have the potential to reinforce a consumer's mistaken belief that the product is comprised of only vitamins and water." Coca-cola countered by saying that that "no consumer could reasonably be misled into thinking vitaminwater was a healthy beverage," and therefore arguing that advertising it as such isn't false advertising. The suit is ongoing

Many FRS consumers have complained to online sites about the company's billing practices. FRS frequently has offered "free trials," but then charged customers' credit cards for later, expensive shipments, and refused to provide refunds even if the customers returned the product.

From one disgruntled FRS customer on complaintsboard.com :

"I ordered a FREE TRIAL and agreed to pay shipping of $6.95 which was charged to my credit cardUpon examination of my credit card I have an unauthorized charge from this company for $69.98 this was done without my permission or credit card authorization." 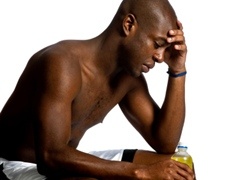 "I ordered the free sample and [paid 7 dollars shipping]. I canceled letting them know I don't want further shipments. Guess what? They shipped my 62.65 worth of the FRS stuff. I call the number again. They tell me they will accept the return, give me a RMA number, but now I have to pay for the return
(It gets worse)
Could it be this is a scam...Why hasn't the government looked into this?"

If you or a loved one has suffered damages in this case, please click the link below and your complaint will be sent to a lawyer who may evaluate your claim at no cost or obligation.
Please click here for a free evaluation of your FRS Healthy Energy claim
Last updated on Sep-19-10

According to AOL News, the food technologists at the Combat Feeding Directorate have been experimenting with a mocha-cranberry-raspberry energy bar containing caffeine and quercetin energy to potentially give to soldiers in the military.READ MORE
Energy Drink Lawsuits from Wrongful Death to Wrongful Advertising: Next Up FRS?

Alcoholic Energy Drinks have made headlines lately: a few months ago the FDA ordered seven manufacturers to either change their recipe or remove their products from the marketplace, and a number of lawsuits followed, including a wrongful death suit. But healthy energy drinks—such as FRS healthy energy and 5-hour ENERGY—have also been the subject of lawsuits, including wrongful death.READ MORE
FRS Energy Finds Fans in US Cycling Team, But Are Claims Legit?

In spite of an ongoing debate over the safety and effectiveness of its products in terms of providing benefit to athletes, FRS energy continues to move forward with promotional efforts designed to grow its market. To that end FRS signed, earlier this fall, Team TIBCO to its roster of spokespersons.READ MORE

Posted by
brian
on December 16, 2021
TBH ive been trying to find the powder to FRS energy and theyre gone and i see this. FRS energy def worked for me in the athletic department. I could see in slow motion and was able to run 3 more miles than i normally would. The powder version def worked and in a huge way better than any supplement ive ever taken. its sad this is gone
Posted by
randall Copelan
on February 20, 2018
I have been using this product, since I had open heart surgery
and it is a wonderful product. I have never had any problems with their billing.