In the midst of an ongoing debate concerning the effectiveness and the science behind FRS energy, the company that manufactures the line announced a new look for its products, together with a "fresh, new taste" that will not only enhance the marketability of the products, but may also help to deflect criticism from the brand. 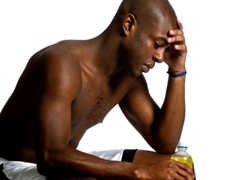 While FRS Energy refers to studies that support the benefits of quercetin, a natural product found in the skin of fruits and vegetables, other scientists and researchers have been lining up to dismiss such claims.

While researchers have acknowledged that quercetin was effective in the reduction of post-exercise inflammation and can significantly reduce the incidence of upper respiratory tract infections in the days and weeks following heavy exertion—most feel that quercetin does little to actively enhance performance and agree more research is needed before such claims can be made.

Specifically, researchers at the University of Georgia, in a study published a year ago in the Journal of Applied Physiology, failed to find a performance-enhancing effect inherent with quercetin.

A release by FRS Healthy Energy and summarized in the October 5th issue of PR Newswire described the FRS energy drink as containing an ingredient (quercetin) that "has been proven in clinical studies to help promote fitness and deliver sustained energy and stamina."

What those clinical studies were is not mentioned in the release. In order to dissuade those who believe in an FRS energy scam, such omissions do not help.

There is plenty of feel-good rhetoric, however.

More FRS HEALTHY ENERGY News
"We are continually innovating to better meet the needs of our loyal fans by delivering products for 'life performance' while maintaining the highest quality ingredients and exceptional taste." said Carl Sweat, President and CEO of The FRS Company, in a statement. "Whether you're a pro athlete on the court, like five-time NBA champion Derek Fisher, or a multi-tasking mom, we want to give you the tools to help achieve your health and fitness goals."

Meanwhile a new study appearing in the American Chemical Society's Journal of Agriculture and Food Chemistry suggests that quercetin appeared to aggravate kidney cancer in lab rats with diabetes.

"Some researchers believe that quercetin should not be used by healthy people for prevention until it can be shown that quercetin does not itself cause cancer," states Kuan-Chou Chen, Robert Peng and their colleagues in the report. "In this study we report that quercetin aggravated, at least, if not directly caused, kidney cancer in rats."