More FRS HEALTHY ENERGY News
Many new products like FRS Health Energy drinks tout the benefits of quercetin, but a new study shows that the antioxidant appeared to aggravate kidney cancer in lab rats with diabetes. 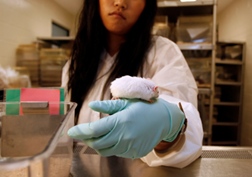 The study, which appears in the American Chemical Society's Journal of Agriculture and Food Chemistry, also showed that ferulic acid, another antioxidant, may adversely affect lab rats, reports ScienceDaily.com.

Besides being found in many products like FRS Health Energy drinks, quercetin occurs naturally in onions and black tea. Ferulic acid is found in corn, tomatoes and rice bran, according to the news source.

"Some researchers believe that quercetin should not be used by healthy people for prevention until it can be shown that quercetin does not itself cause cancer," states Kuan-Chou Chen, Robert Peng and their colleagues in the report. "In this study we report that quercetin aggravated, at least, if not directly caused, kidney cancer in rats."

The study also recommended that agencies such as the US Food and Drug Administration reexamine the use of plant-based antioxidants.

If you or a loved one have suffered losses in this case, please click the link below and your complaint will be sent to a drugs & medical lawyer who may evaluate your FRS Healthy Energy claim at no cost or obligation.
Request Legal Help Now