Product liability lawyers will evaluate cases involving defective consumer goods that cause physical injuries such as burns, fractures, head injuries and blindness. Lawsuits can be brought against manufacturers for design defects, improper safety devices and manufacturing defects, and marketing defects (failure to warn of possible hazards). Injuries, deaths and property damage from defective and recalled products cost the public more than $500 billion each year.

Have your defective product case reviewed by a lawyer

Send your Injury claim to a lawyer who will review your claim at NO COST or obligation.
GET LEGAL HELP NOW

There are four legal means for establishing liability in personal injury cases where a defective product has caused injury:

Defective Products that can Injure You

There are three main types of product defects that can result in a personal injury: More than one party may be legally responsible for a personal injury, i.e. the designer, manufacturer, wholesaler, retailer, advertiser, etc.

You may need to know how old the product is that injured you. Most states have laws limiting how long the manufacturer or seller can be held liable for personal injuries. The limits are usually from six to 12 years after the product was first sold on the market. 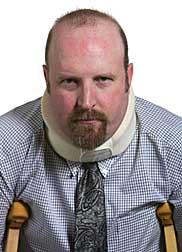 "Product liability" include cases such as a mislabeled product that causes injury, an improperly tested drug, vehicles with defective designs such as SUV rollovers, etc.

If you have been injured using a defective product, you may be entitled to compensation for your injuries, please click the link below to submit your complaint to a personal injury attorney who will evaluate your claim at no cost or obligation.
Please click here for a free evaluation of your Injury claim
Last updated on Dec-2-21

Washington, DC: 3M’s , Bair Hugger, the subject of some 2600 defective products lawsuits across the US, has received clearance for use from the US Food and Drug Administration (FDA). According to a spokesperson for the FDA, the agency has no conclusive evidence to establish an association between use of a forced air thermal regulating systems and an increased risk of surgical-site infections.READ MORE
$300M Benicar Settlement Reached

Santa Clara, An in-depth investigative piece in the Washington Post highlights the considerable adverse health effects, even pregnancies, that thousands of women have experienced and continue to experience as a result of having Bayer’s Essure contraceptive devices implanted.READ MORE

Posted by
Nebraska
on March 16, 2011
I had breathing problems for 2 weeks, and everything thing in my rooms smells of fire. The room is not liveable.
Posted by
Massachusetts
on January 6, 2009
After attempting to plug in a handheld game (Nintendo DS with a Nintendo charger), a 14 year old child was electroctued, requiring ambulatory and ER services. So far the child is experiecing constant pain and has suffered some nerve & muscle damage in one arm (thankfully, a full recovery is expected) and is still pursuing additional medical advice. It seemed like a freak occurance. There are no visibile burn marks on the game charger, the power outlet, the wall or on the child. The child has had the game for more than a year and has used it without incident. The game system and charger plug do not show any visible signs of wear. Right now we are extremely thankful that the injuries were not more serious and are curious to know if this is truly just an isolated incident or if other children have been electrocuted in this way.
Posted by
Florida
on July 29, 2008
The Nintendo DS Lite game has a very poorly designed hinge on the cover to the game. They are constantly breaking and inspite of what is written on the internet about free replacement, they are charging people $75 to repair them and $57 if it is under warranty. They claim that their technicians have verified that the game had to have had physical damage in order for the hinge to break. This is not true. They are making a fortune on people getting these things repaired when their product is basically defective. I was just wondering if there is any legal recourse like some type of class action suit. Thanks.
Posted by
North Carolina
on July 28, 2008
My 2006 Toyota Corolla was totaled. I was injured and required chiropractic laser treatments and adjustments for five months. My injuries were not severe but pain and soreness in my neck required treatments three times a week. The insurance company for Grassy Hardware (Defendant) paid to replace my car ($13,500) and another $8,000 for medical and other damages. Moffett Mounty was not involved in the claim or settlement. I believe Moffett knew about this hydraulic defect for many years but did nothing about it.
Posted by
Texas
on July 21, 2008
My wife's back and hip area were hurt when the force of the explosion knocked her three feet back into the countertop.
Posted by
North Carolina
on July 3, 2008
I left the perm in for less than five minutes. I have permed my hair for more than 30 years and have never experienced a problem until now. I will need to wear a wig until my hair grows back.

I have a video tape of my hair falling out as I comb it.

Posted by
Washington
on March 28, 2008
I was burned on my left hand and arm after I tried to stir the wax. The top of the wax was hard but under that the wax was melted. When I pushed the top with the stick included in the kit, the hot wax erupted and landed on my arm and hand severely burning me.
Posted by
North Carolina
on January 17, 2008
All of my hair fell out and my friends and family thought I had cancer. My entire scalp was burnt. I could not lay my head down on my pillow because my head hurt so bad. I have spent a lot of money going to beauticians around here getting my scalp treated. It has taken a while for my hair to start growing back. I had just graduated college and I was ashamed to go out and look for a job because I had lost all of my hair.
Posted by
California
on November 10, 2007
Skin between thumb and index finger pinched and remained caught in locking button of wet mop for over a minute. Witness heard my screaming and ran inside to help.
Posted by
California
on July 26, 2007
I have sustained burns to my forehead, due to my CVS hair curling iron, having an un-insulated metal stand attached that also heats up to a high temperature. When curling hair, the stand is in the way and burns the forehead.
Posted by
Anonymous
on March 14, 2007
We purchase 25 gal. of Rhinoguard from Silvertown Products, it's a wood protection for exterior wood. It claims to have superior mildew resistance.

I applied the product to the T, between application, well all four sides of my house is turning black wit mildew. I contacted Silvertown products inc. and they stated they were not liability.

Posted by
Anonymous
on March 8, 2007
My heater/air conditioning fan stopped working. A dealer inspection found mice in the fan/vent areas under the dash of the car. Dealer removed mouse nest, feces and food stuffs (hazardous material as stated on repair bill) I asked why the air vent area could not be screened off to prevent future infestations. (This is a 2006 Civic that I leased new) I felt very ill after the mouse removal.

Soon after, I ended up in hospital with respiratory destress. I could hardy breathe. As usual, the cure was worse than the disease. Possbile coverup did a lot of damage. I'm still having major breathing problems.
My investigation found that many dealers use Frigi Fresh to cover up mouse smells, etc. Only problem is that this stuff is dangerous to health. To think the dealer would admit to using this stuff is a problem. Writing on can states product can cause circulatory shock, respiratory depression, convulsion and mocuosal damage. As I have COPD this is all I needed to put me in very bad shape. My doctor forbade me to drive the car again. It now sits in my garage. Honda denies any responsibility for any reasons. (Honda Japan and Honda Dealer)

It looks to me that if Honda put in a screen to stop mouse invasion they would admit there was a problem and be liable for any actions for that reason. It is my feeling that my health is in danger from mice. (it is my understanding that mold is the worst problem from mice) In my case I am sitting with a car that I don't dare use. I still have to pay car payments. If I get Honda to take back auto I'll loose about $2000.00 equity on the car. Buyout is $16,000. and resale is about $18,000.

I've done research on the web, and this is not an isolated problem. I wonder how many people are sick and don't know the cause is mice in the car?


Posted by
Anonymous
on November 4, 2006
I recently bought a new Dell laptop through E-bay when I was solicited from SquareTrade to purchase an extended warranty.

After purchasing the extended warranty, my laptop's computer harddrive malfunctioned after about 3 months of use. After trying to talk to several Supervisor's, SquareTrade refused to fix the laptop calling the issue "pre-existing".

This issue was NOT pre-existing. I've noticed that I'm not the only consumer that has had issues with this company. This is wrong! I don't know where to turn at this point but to fix my own laptop.

Posted by
Anonymous
on August 11, 2006
Long story short. Bought a Maytag washer & dryer. Had many problems, called hotline but, received no assistance.

Found out, after the fact that they had lost a class action lawsuit on my washer due to the exact problems I was having. After contacting Maytag several times, they finally came up with the excuse that I'd never registered!

Why buy a $1000 machine & not register? And, there's no way I can prove that I sent in my registration card. You can bet I'll never buy anything from Maytag again. Their customer service bites.