Pasadena, CA Two companies involved in the manufacture and distribution of an upscale dog food known as “Cocolicious” are the subject of a class action lawsuit filed in Los Angeles County Court. The suit alleges Party Animal Inc. of California and Evanger’s Dog and Cat Food Company of Illinois are responsible for selling cans of Party Animal dog food that, according to a Texas A&M testing of the dog food, contained the animal euthanasia drug pentobarbital.

$8.1 Million Settlement Is the Right Thing to Do, Says Attorney 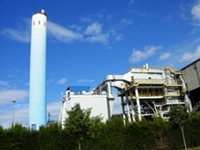 Kraft Foods has agreed to pay $8.1 million for contaminating 124 homes in a neighborhood in Attica, located near one of its plants. "I think ultimately in our case Kraft did the right thing," says veteran pollution lawyer, Norm Berger, whose firm Varga, Berger, Ledsky, Hayes & Casey commenced the action on behalf of class representatives two years ago; however, he adds, "We had to punch them in the nose to get it done."
Read [ $8.1 Million Settlement Is the Right Thing to Do, Says Attorney ]

Two years ago, a pickup truck blew a tire, rolled and threw 17-year-old Rubi Ann Roca out of the vehicle, leaving her paralyzed from the chest down. Her life was forever changed because of a leaky roof in the Michelin North America Tire factory in Tuscaloosa, Alabama, and the rain water that contaminated the manufacturing process.
Read [ Tire Defect Led to Catastrophic Injury and $41 Million Verdict ]

A young lawyer from Troy, Michigan was puzzled by the brownish stains that suddenly began to appear on this teeth, then he gradually started to make the connection between his new mouthwash and the dramatic changes he saw in the mirror. "I never had stains like this on my teeth until after I started using Crest Pro-Health Mouthwash," says Mark Rossman. "When I found out that other people using this defective product had also made complaints about the same kinds of stains, I was shocked."
Read [ Lawyer Raises Objection to Crest Pro-Health Mouthwash ]

Fortunately someone called the fire department in time to save the pets inside, but the kitchen was completely destroyed and the Michigan homeowner was surprised when he heard what caused the fire. "There have been dozens of reports of microwaves turning themselves on, starting to smoke and sometimes even catching fire," says attorney Hassan Zavareei.
Read [ Zavareei & Tycko Bring GE to Court ]

Attorney Stuart Eppsteiner is pretty sure he has a slam dunk multi-million dollar class action lawsuit that could benefit thousands of homeowners with leaky aluminum windows in California. Viking Industries, a subsidiary of Pella Windows, has already admitted in the depositions that the windows leak, but it's the debate over the how many windows leak and the strength of the warranty that will bring Attorney Eppsteiner and Viking to court next March for the final showdown.
Read [ Attorney Has 'Watertight Case' Against Window Manufacturer ]

Despite Tough Times You Can Still Sue Automakers

Bisnar Chase is a small but mighty little law firm that specializes in automotive product liability cases. It has laid to claim to millions of dollars in lawsuits from its southern California location against Ford, Chrysler and GM, as well as Japanese automakers like Toyota and Honda on behalf of hundreds of clients across the US "who got the short end of the stick", as attorney Brian Chase says.
Read [ Despite Tough Times You Can Still Sue Automakers ] 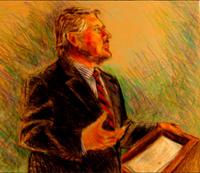 If someone you know or love is driving a Ford Crown Victoria, Lincoln Town Car or Grand Marquis, you'll want to know more about how a young police officer died near Fort Worth, Texas. Thirty-four-year-old Dwayne Freeto was stopped in his police cruiser on the side of the road after coming to the aid of a stranded motorist. Around 4 am., as Freeto's wife and 2 young children slept quietly at home, a drunk driver slammed into the rear of his car at 75 mph.
Read [ Attorney Mark Haney sues Ford over Gas Tank Design ]