On December 22, 2016, U.S. District Court Judge Susan Illston granted final approval of a nationwide class action settlement between BP Solar International, Inc. and an estimated 8,000 class members. The effective date of the settlement was January 23, 2017, allowing for the distribution of settlement benefits to class members. There are two settlement categories. The first is a $45.33 million common fund to pay for the removal and replacement of a subset of Class Panels (Category 1), which have a high failure rate. The second is a separate $20 million claims made fund for the remaining subset of Class Panels (Category 2), which have a demonstrated lower failure rate. Additional details about the settlement is available at www.bpsolarsettlement.com. 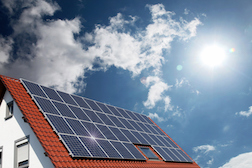 Attorney David Birka-White described the lawsuit as follows, “I have practiced law for 38 years, specializing in product failure cases. This was a difficult case and required extensive litigation concerning the history of the solar panels in order to prove a systemic product design defect -- all the way back to the initial design of the product, predecessor designs, design analysis, manufacturability and profit motivation.”

“This settlement was designed to protect the public interests on numerous levels. First of all, most of the 8,000 class members are homeowners who were among the pioneers in installing expensive solar systems on their homes --not only to save energy costs, but also to protect the Earth's sustainability. It was very important to help homeowners repair their solar systems and eliminate any fire risks,” states Mr. Birka-White.

More DEFECTIVE PRODUCTS News
known as the S-type junction box. The class is estimated to include some 8,000 class members throughout the United States with approximately 60% located in California.

Birka-White Law Offices is nationally recognized as a leader in the area of product liability litigation. Their practice is largely devoted to the prosecution of class actions. They represent plaintiffs against corporations in product liability related litigation and consumer fraud. They also represent individuals who have been injured by defective products or the negligent conduct of others.

For more information on the product liability, consumer fraud and other class action cases, contact Birka-White Law Offices at www.birka-white.com.

Click to learn more about LawyersandSettlements.com
LawyersandSettlements.com - A trusted, independent legal news provider bringing quality news and information on legal cases and lawsuits filed in the United States of America to its readers since 2002. Over 650,000 legal help requests including Defective Product Cases, and Consumer Frauds have been forwarded to lawyers all across to the country.