Topps Beef Recall: Erring on the Side of Disaster

Now that Topps Meat has gone into bankruptcy and the federal USDA's Food Safety and Inspection Service (FSIS) has promised to tighten up its food inspection protocols in the wake of the 21.7 million-pound recall of Topps products, it's time to ask a simple question: Was this trip necessary?

The bottom line on food safety is straightforward: When you purchase food at your grocery store, you're not supposed to get sick from eating it. In order to meet this bottom line, taxpayer-supported government agencies are supposed to mandate and enforce sanitation and handling standards for food processors; food processors are supposed to test their products regularly and maintain a safe and sanitary working environment; and product recalls, when necessary, are supposed be timely and effective.

None of this happened with the Topps recall. Instead we see a clear pattern of negligent product handling by Topps, slack inspection by FSIS, and a slow response when an outbreak of e.coli poisoning was traced to Topps frozen hamburgers. 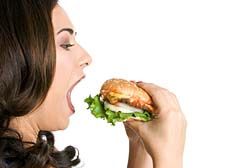 Topps was a successful company for 67 years. Founded in New York City in 1940, it grew to become the largest manufacturer of frozen hamburgers in the United States. They purchased beef parts from domestic slaughterhouses—and, increasingly, from foreign sources—for their products.

According to Shae Dodson of the Ranchers-Cattlemen Action Legal Fund, "The fact is that food safety varies depending on where the food is produced because production standards differ from country to country. The US once required foreign meatpacking plants to meet standards identical to US standards, but to facilitate imports into the US, this standard was relaxed in the '90s to allow beef imports into the US provided the importing country maintained equivalent standards, which could well be different than standards in the United States."

We now know that Topps regularly mixed foreign-sourced beef with domestic beef and rarely tested foreign beef for bacterial contamination before using it, even if it had not been inspected at its source. We also know from FSIS and the Canadian Food Inspection Agency (CFIA) that the contaminated beef trim that led to the e. coli outbreak was traced to Ranchers Beef of Calgary, Alberta—which CFIA had identified as the source of 45 e. coli poisoning cases in Canada.

We also know that Topps had reduced microbial testing of its ground beef products from once a month to three times a year. We know that it was mixing foreign and domestic beef in its grinding operation on the three days when it was known to have produced contaminated product.

The trouble is that we know most of this only after the fact. FSIS inspectors visited the Topps plant daily for one or two hours, but never cited the company for food safety violations. We do know that FSIS inspectors shut down Topps' ground beef production after the outbreak when they found tested and untested meat being mixed in the grinders. We don't know why this hadn't happened earlier.

More News
We know that USDA's testing indicated possible e. coli contamination in Topps products on September 7, 2007—and that they waited another seven days for more sophisticated tests to be performed, and then another eleven days to investigate the remote possibility that the contamination had happened in the consumer's home. USDA gave Topps every benefit of the doubt, and in the meantime people were getting sick. We know that the recall finally got under way on September 29, 2007—and New Jersey state food inspectors were still finding boxes of recalled Topps beef in retail stores four weeks later.

In the aftermath, what we see is a system that broke down at the source and continued to break down at every step from slaughterhouse to processor to inspection to response. Somewhat to USDA's credit, they are applying lessons learned from the Topps recall to re-create an effective system of regulation and inspection. But the costs in consumer health and confidence, in lost jobs for Topps' 87 employees, and in uncertainty about product safety overall is a high one to pay for an incident that never needed to happen.

If you or a loved one has suffered damages in this beef E. coli case, please contact a lawyer involved in a possible [Topps Beef Recall Lawsuit] to review your case at no cost or obligation.
Request Legal Help Now