It grew to become the second-largest beef recall in US history. And yet an 18-day delay issuing the Topps beef recall after the first positive E. coli test put consumers at risk.

Including Kristin Goodwin and her son, Lucas. Both residents of Groton, New York were hospitalized and Lucas, age 8, was required to remain in hospital for eight additional days after developing hemolytic uremic syndrome, a serious complication from E. coli.

While Escherichia coli 0157:H7 can make healthy people seriously uncomfortable for several days, most will recover without medical intervention. However, E. coli can have dire consequences for the elderly, the very young, the infirm, or people with weakened immune systems. 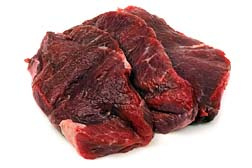 The irony is that the Topps beef recall came too late for the Goodwins—even though they consumed the tainted beef seven days after Topps was first implicated in the E. coli outbreak that had been occurring in several states throughout the summer.

In fact, several weeks went by while officials waited for the initial tests to be confirmed, before finally ordering a recall.

In reality, 18 days elapsed between the first positive E. coli test linked to Topps on September 7th, and further tests, which confirmed the link to Topps on September 25th. That same day USDA ordered a recall of about 300,000 pounds of meat and meat products, a recall that was soon expanded to a staggering 21.7 million pounds.

The recall scuttled the company. Assets, and trademarks have been sold to other firms at auction, to pay creditors.

It is the 18-day delay that has a lot of people upset, and directed so much criticism towards federal regulators.

Even though the traditional summer season had passed and children were back in school, the summer barbecuing season was still very much alive. With warm weather extending, even in the northern states, into October—the backward barbecue retains its preferred status well into the fall. With plenty of frozen patties still in the freezer from summer, it can be assumed that the potential for E. coli contamination during those 18 days could be very high, especially given the sheer size and magnitude of the recall.

And yet, regulators waited 18 days for confirmation tests, before ordering the recall.

The Goodwins ate their tainted Topps burgers within that 18-day window. Timelines suggest that Kristin and Lucas consumed the bad beef on, or about September 15th, a full week after Topps would have been informed by regulators of the E. coli link to their product.

As it turned out, the Goodwins were hospitalized on September 24th—the day before the recall was announced.

More News
Had the recall happened in concert with the confirmation tests, or had the manufacturer gone public with the findings after first learning of the confirmation of E. coli, Kristin and little Lucas Goodwin might have been spared much suffering.

How many others would have consumed tainted beef in that 18-day window?

The Goodwins are suing for punitive damages.

On October 4th, a class-action lawsuit was filed against the company over the tainted meat scandal, the same day that Topps was served with a 'notice of intended enforcement' by the USDA for "inadequate process controls."

Topps ceased operations the next day.

The USDA has been criticized for those 18 days. The agency has since announced measures to improve, and speed the testing process.

If you or a loved one has suffered damages in this beef E. coli case, please contact a lawyer involved in a possible [Topps Beef Recall Lawsuit] to review your case at no cost or obligation.
Request Legal Help Now