Following news that yet another financial firm was involved in investment fraud, a lawsuit has been filed by angry investors who claim they lost a lot of money because of the fraud. With the massive amounts of stock market losses, investors are in desperate need of honest stock market financial advice. Instead, many say they are being misled and deceived about the safety and stability of their investments, leading to enormous stock losses. 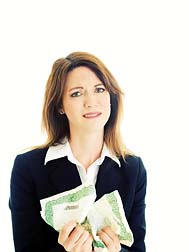 A class action lawsuit has been filed, following news that Stanford Group Co. was allegedly involved in investment fraud. The plaintiffs, who say they lost millions of dollars to the investment fraud, allege that Stanford International Bank made false promises about the returns on certificates of deposit (CDs) and falsified their returns. According to the lawsuit, the CDs were marketed as both liquid and secure when in fact they were not.

The lawsuit also alleges that financial advisors pushed these CDs because they were rewarded with high bonuses for selling Stanford's products.

According to reports, the Securities and Exchange Commission cannot account for $8 billion of investments, meaning that many investors will likely not recover their losses. At the request of the SEC, a federal judge has extended a freeze on investor accounts. The freeze means that investors who hoped to have some of their money freed immediately still do not have access to those funds. The lawyer who is in control of Stanford Group, Stanford International Bank and Stanford Capital Management LLC has said he will file a plan to release accounts containing less than $100,000. However, investors with accounts at more than $100,000 will have to wait longer to access their money.

Lawyers for Stanford's investors say that because the money in the accounts does not belong to Stanford, the money should be released to investors. According to a report at Bloomberg.com, investors have been harmed by the freeze on their accounts, especially seniors who use the accounts for their living expenses. One lawyer noted that some investors are facing foreclosure while others are in danger of eviction from nursing homes, all because they cannot access their money.

Allen Stanford has so far denied allegations that he ran a massive Ponzi scheme. So far, no criminal charges have been filed against Stanford, although Stanford Financial Group's chief investment officer, Laura Pendergest-Holt was charged with obstructing the SEC's investigation. Stanford, Pendergest-Holt and James M. Davis, Stanford's chief financial officer, are all named in the SEC's civil complaint.

So, where do the financial advisors fit into all this? If they knowingly convinced investors to put money into an investment that was obviously fraudulent then they have not acted in their clients' best interests. Furthermore, if they did not question the results given in marketing Stanford's CDs, despite the unusually high returns that were reported, then they have not properly represented their clients.

More STOCK LOSSES News
Bloomberg reports that Stanford Group's financial advisors were given bonuses for having good sales. Advisors were paid 1 percent commission for selling a net $2 million of Antigua CDs in one quarter and were given an additional $125,000 if they sold more than $15 million in a quarter. That is certainly incentive to look the other way or ignore warning signs about the validity of reported returns.

When an investment shows unusually high returns, it is important that financial advisors and fund managers ask questions about how the investment got those returns. It is not good enough to just assume that the company's financial reports are accurate. Rather, advisors and managers have to ask tough questions to ensure that their clients are investing in a solid fund. They have to ensure that the investment is as secure and liquid as promised, so that investors do not end up praying that their money will be released after yet another financial giant is accused of fraud.

If you have suffered losses in this case, please send your complaint to a lawyer who will review your possible [Stock Losses Lawsuit] at no cost or obligation.
Request Legal Help Now