In this time of massive stock market losses, investors are left wondering if anything could have been done to protect their money and minimize their losses. In some cases, the stock losses are due to the unethical actions of financial advisors or brokers, who either recommended unsuitable investments, ignored warning signs about fraudulent investments or were actively involved in illegal transactions. The truth is that not all stock market financial advice is given in the best interest of the investor. 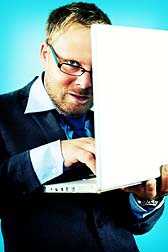 "Although Bernard Madoff's name has become synonymous with the Ponzi Scheme in the past 6 weeks, in truth there are many swindlers out there who use the Ponzi Scheme to bilk their customers out of millions of dollars. They may not have taken as much money as Madoff, but they were still involved in highly illegal activity.

According to Newsday, several swindlers have been charged for running alleged Ponzi schemes in the past few months—from a man who took a million dollars from a church to a man who reportedly told investors they would have nearly 100 percent returns on their investments in 90 days to a man who promised church members returns of 30 percent a month. Of course, very few of these schemers can actually provide the returns they promise, which leaves most of their investors with nothing to show for their investments.

More STOCK MARKET LOSSES News
Merrill Lynch has recently disclosed fourth-quarter losses of $15.3 billion, forcing Bank of America to request more financial aid from the government. Shareholders are now concerned that Lewis paid too much for Merrill Lynch. According to an article in the Providence Journal, Bank of America bought Merrill Lynch for $50 billion in stock, but today the 2 companies have a combined worth of just $40 billion. Other shareholders believe Lewis did not fully inform shareholders of the risk of purchasing Merrill Lynch.

These shareholders, some of whom have filed lawsuits, claim that the acquisition of Merrill Lynch should have been stopped after it was revealed that the company had such devastating fourth-quarter losses. For his part, Lewis has claimed that he considered walking away from Merrill Lynch when he learned of the losses, but regulators convinced him not to, fearing instability on Wall Street.

Shareholders say they would not have voted for the merger if they had known the true extent of Merrill Lynch's losses and blame Lewis for not adequately warning them of those losses.

If your stock losses were due to the actions, or inactions, of your stockbroker or financial advisor, you may be eligible to file a claim and recover some of your money.