The size, and breadth of stock market losses in this bear market has been staggering. For many, stock losses have been the direct result of questionable stock market financial advice, or brokers who do not follow your express wishes. 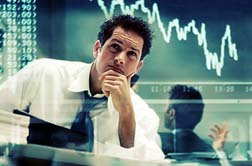 It's easy enough to do. Joseph Epstein, the author most recently of "Fred Astaire" (Yale University Press), writes in Newsweek about how easy it is to entrust your life savings to someone, who "gave off fumes of quiet but deep confidence that can be immensely seductive. I have never met (Bernard) Madoff, but I have met men of his physical and psychological type: smallish, unathletic in build, wearing expensive yet unflashy clothes, nothing dazzling about them. They manage to seem substantial in an unthreatening, even avuncular way. They appear to be in possession of a deep secret: they have gotten in on the ground floor, they know how the game is played; should they choose, they could put you on to a few good things. They have deciphered the magic of money; they feel no need to brag about it, but clearly they have everything under control. Except, of course, they don't…"

Epstein could have been referring to anyone who stands at the foundation of substantial stock market losses. It has been well documented that people have lost their life savings, their retirement nest eggs, their future.

But is the stock market to blame entirely? Or is it bad advice on the part of a broker? A Canadian lawyer, speaking to a reporter from the Montreal Gazette, makes the point that there is no need for self-recrimination. In fact, rather than blame himself, the investor who has suffered substantial losses should take a good, hard look at his broker.

"Brokers have a big responsibility," says Brahm Campbell, a lawyer based in Montreal who has vast experience at recovering losses, and litigating brokers on behalf of distraught investors. "The average middle-age client in Canada is only a little knowledgeable about the marketplace. Look what's happened with the market now. Does the average man have a case? He might very well have one." While the numbers are lower due to Canada's lower population as compared to the US, the impact per capita is equally significant as the losses of their American counterparts: Canadians have seen their net worth tumble over the last six months by more than Cdn. $191 billion.

For anyone thinking of suing their broker for bad advice, Campbell tells the Montreal Gazette that, in his view a lot depends on your overall experience as an investor, and the role you play. "If you have a lot of experience and you are calling all the shots, your chances (of winning a lawsuit) are almost nil," Campbell said, in comments published in the January 3rd edition of the Montreal Gazette. "But the average guy today has very little experience, maybe a couple of investments. Then he relies on the broker to properly lead him and that (investor) could have an excellent case."

The key is whether the broker acted at all times in a prudent fashion, Campbell said.

There are all kinds of examples of brokers leading their clients down a garden path.

One of Campbell's clients had worked for an international Canadian company that featured a stock option plan. The company later split into two separate entities, and the investor worried, at retirement, that her portfolio was not sufficiently diversified. Her broker, however, reassured her that both stocks were good.

They weren't, and soon cratered. The investor lost almost all of her $200,000 investment. But she successfully sued, and reversed her losses.

In another case, an investor in his 60s who had sold his business instructed his broker to invest the Cdn. $5 million proceeds into safe securities that would provide him a fair return. He was not looking for stellar performance. Just fair.

It should be noted that the investor was conservative in nature, and up until that point had historically put his money into GICs, treasury bills and a few stocks and bonds. Basically, however, the investor had little knowledge of, and experience with how the market worked and entrusted his broker—a vice president at a major bank—to invest on his behalf, based on his stated wishes and risk tolerance.

The broker was sure he could earn his client a return approaching 15 percent, but the investor was happy with 7 percent and told his broker so. Ignoring his client's wishes and concerns, the broker proceeded to invest his client's money primarily in equities.

More STOCK MARKET LOSSES News
The investor lost $4 million of his $5 million investment. So he went to court, claiming more than $6 million in losses—a figure that included the money the investor would have otherwise earned, had the broker been prudent.

The bank settled out of court for a substantial sum, according to a report.

Campbell went on to say that the broker needs to fully understand the risks of any investment. If he does not, he could be liable. What's more, you don't have to have million of dollars worth of stock market losses to have a case worthy of litigation. Your stock losses could be smaller in comparison. However, if you entrusted your broker to follow your wishes, and your broker acted imprudently and dispensed questionable stock market financial advice, you could have a case.

Your future, and your livelihood may very well depend on recovering those losses. Thus your next investment should be in your resolve to consult a lawyer, to discuss your options.