The Shelhigh Story: Lawsuits, Infections and Spin-Doctoring Part I

If you listen to the makers of Shelhigh Medical Devices, the company which was virtually shut down by the Food and Drug Administration in April of this year, you would think the company is a poor innocent victim of a vendetta by the FDA—that the potential for infection from its products and lawsuits by the injured has all been manufactured out of thin air.

It turns out that you can't trust what Shelhigh says at all—about the FDA's complaints or about an agreement reached with the FDA in court about a month ago. 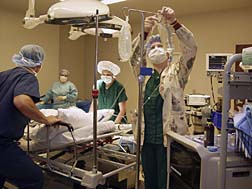 Shelhigh is a manufacturer and distributor of tissue-based medical devices, implanted in patients during surgery, including during organ transplant operations. On April 17, the FDA had U.S. Marshals seize all devices at the company's plant in Union pursuant to a court order. That order was founded on facts set out in an 11-page written statement (the "Complaint") filed by the FDA.

Soon after the seizure, Shelhigh put out a press release saying the FDA allegations were unfounded, that they didn't know what the FDA was complaining about, and that the FDA was not communicating with them and was simply conducting a "baffling" campaign to financially ruin them.

In fact, the 11-page complaint would almost certainly have been delivered to Shelhigh at the same time the Marshals seized the inventory, and if for any reason was not so delivered, it is on the FDA website (where I found it). The FDA complaint includes almost seven full pages of detailed allegations as to what was really going on at the plant.

The allegations contained in those seven pages include the following, just as examples from the long list of complaints:


This is just a small sample of the specific allegations against Shelhigh.

Since then, Shelhigh and the FDA agreed to a settlement to provide for the release of the seized devices. See Part 2 of this article for Shelhigh's outrageous spin on the consent order made pursuant to the settlement.