In the continuing saga of Shelhigh Medical Devices, the maker of heart valves and surgical grafts has resumed a phased-in manufacturing schedule and has agreed to an embargo on further distribution of its medical products until independent inspections of its manufacturing facilities and processes are complete.

The Union, New Jersey company challenged the U.S. Food and Drug Administration (FDA) after U.S. Marshals acting on behalf of the FDA seized all devices at Shelhigh's manufacturing facility on April 17th, over concerns that the products carried a risk of non-sterility and raised the possibility of infection. 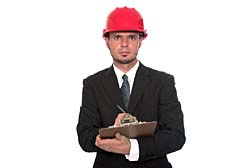 However, when their legal challenge proved unsuccessful, Shelhigh reversed its stance and signed a court order on June 22nd, which grants the company FDA sanction to resume manufacturing in stages. Distribution of medical devices, on the other hand, is strictly prohibited until Shelhigh can certify compliance to the FDA.

As part of its agreement with the FDA initialled on June 22nd, the company agrees to hire independent consultants qualified to inspect the company's manufacturing facility, and certify to the FDA that necessary improvements and corrections have been made. To that end, Shelhigh must also demonstrate to the FDA that it has practices and procedures in place to bring the company's products and processes into compliance.

More News
While the FDA had campaigned for a complete product recall back in April, it backed off that position with the June 22nd agreement, requiring instead that Shelhigh simply delay distribution of any kind until the Agency analyses and approves the company's plan for meeting compliance targets.

Shelhigh Inc. manufacturers heart valves and conduits, surgical and dural patches, and other medical devices. The April product seizure came after repeated concerns were voiced about the company's sterility protocols, including an accusation of having a poorly constructed and maintained clean room, failing to adequately monitor for microbial contamination, failing to properly test sterility, and the failure to properly monitor product expiration dates.

More on Shelhigh next week. A complete list of Shelhigh medical devices is archived elsewhere on this web site.