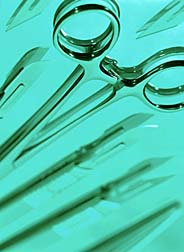 (U.S. Marshals acting on behalf of the FDA seized all devices at Shelhigh's manufacturing facility on April 17th, over concerns that the products carried a risk of non-sterility and raised the possibility of infection.)

On June 22, a court order filed in U.S. District Court in New Jersey, puts the company on a track to resume exports once compliance is assured.

That will help the relatively small company - with about fifty employees - remain viable in an industry dominated by much larger and more robust competitors. In challenging the original FDA action, the company complained that the seizure, and subsequent constriction of their export pipeline, would threaten the survivability of the manufacturer.

In fact, in an effort to protect its exports, Shelhigh argued during a court hearing on May 15th that the FDA ruling should not preclude the company from carrying through with its export commitments. However, presiding Judge William Martini of the U.S. District Court disagreed.

Shelhigh has been down this road before.

Warnings to Shelhigh citing concern over sterility issues date back to the year 2000, and both Shelhigh and the FDA have been at loggerheads ever since. Specifically, deficiencies in the company's facilities and sterility processes were identified and documented in 2000 as well as 2005.

A seizure is considered a last resort on the part of a regulatory authority charged with the responsibility to ensure that unsafe products are diverted from public commerce and consumption.

More News
In a release to the medical community and health care professionals the day after the Shelhigh raid, on April 18th, the FDA noted the premature, or accelerated failure associated with some Shelhigh devices, and stressed that they could become potentially contaminated with bacteria, fungi and endotoxin.

A public health advisory was issued the next day.

It should be noted that the word 'seizure' is a bit of a misnomer. Rather than the actual confiscation and seizure of devices from company inventory, patients or the broader marketplace - the intent in this context is to simply prevent defective, or potentially defective products, from further distribution.

Any individual who either knows, or suspects they have been issued a Shelhigh medical device should contact their doctor or surgeon.

Infection, in association with major surgery is a major complication. The possibility for prior contamination of implantable devices translates to a serious breach of trust, and a serious threat to the patient's health and well-being.