Salmonella and the Food Chain: Food for Thought…

The crisis over salmonella poisoning involving jalapeno peppers and tomatoes has passed. Or has it? It wasn't long after the salmonella food poisoning episode settled down before Whole Foods Market found itself recalling massive amounts of E. coli contaminated ground beef, and in Canada the recent Maple Leaf Foods recall has left the country in the clutches of a Lysteria scare. 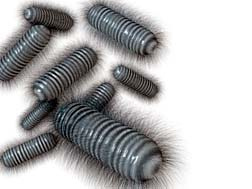 The food industry is under siege, and it doesn't appear to be getting any better. For one thing, there was much criticism after the massive Topps beef recall of last year, after too much time elapsed between the first reports of illness, to the final conclusion as to whom or what was to blame. Over the course of the delay, many more people were sickened from the E. coli-tainted beef.

The food industry vowed it would do much better next time.

The reality is anything but. From the first reports of salmonella, which was thought to be tied to tomatoes, it was a full 89 days before the actual culprit, salmonella-tainted peppers, was identified. During that time 1,440 people were hospitalized—and now the litigation begins. Of course, people are suing the pepper industry for making them sick. But forgive the tomato industry for seeking compensation from those who targeted the tomato industry, in error, in the first place.

And by the looks of things, it's not going to get any better, anytime soon.

The fact of that matter is that the responsibility for food safety in this country is split between the United States Department of Agriculture (USDA) and the US Food and Drug Administration (FDA). The USDA looks after meat, with the FDA responsible for pretty much everything else.

However, there appears to be many holes in the system, and a growing number of cracks in the floor for important safeguards to fall through. For example, it has been reported that the USDA had meat inspectors on the floor, on a continual basis, at the beleaguered Topps meat facility. And yet, the E. coli outbreak happened anyway.

And anyone familiar with this web site knows all about the failings of the FDA in regulating the nation's drug industry. It is woefully under-funded to fulfill even that part of its mandate, let alone keeping tabs on food. At the moment the FDA mainly focuses on seafood and juices, two sectors that are at the highest risk for contamination. But what about the rest?

The outbreak of E. coli in lettuce in the mid-1990s spawned an effort to hand off a lot of the food inspection chores to the private industry, and third-party inspectors, in an effort to fill the void. In sum, the food industry was called upon to more or less regulate itself— given that government agencies didn't have the means to do so.

But while some view the appearance of 'food-safety consultants' as a step forward, the cracks are still there, and there is still plenty to fall through them. For one thing, there is no certification system for third-party inspectors. It is also felt that companies employ such individuals more for reasons of public relations, than for food quality. One industry insider was quoted as suggesting that every manufacturer has food-safety consultants, and that every food manufacturer ignores them.

Cost is also a factor. In the ever-increasing push to increase profits and show a better return for investors, slaughterhouses have been chopping the E. coli testing in order to shore up the bottom line. Little wonder E. coli outbreaks are on the rise.

More TOMATO/PEPPER SALMONELLA News
As for the recent salmonella debacle involving peppers and--prior to the source being identified—tomatoes, a host of private-industry inspectors will do nothing to speed up the process of investigating, and tagging the source for salmonella that leads to a recall.

Three months is a long time to sniff out a culprit, and that's just the identification process. A resulting recall eats up even more time—to alert retailers and the general public, and to get offending product off the store shelves and out of consumer's kitchens.

The feds just bailed out Fannie Mae and Freddie Mac, costing trillions of taxpayer dollars. Perhaps it's now time to bail out the nation's food industry, by beefing up agency budgets and giving them the tools to do the jobs they were always meant to do—protecting the nation's food supply.

Until that happens, salmonella poisonings, and various other outbreaks will continue—Americans will become sick and die, and the courts will continue to be busy.

If you have suffered losses in this case, please send your complaint to a lawyer who will review your possible [Tomato/Pepper Salmonella Lawsuit] at no cost or obligation.
Request Legal Help Now