One of the victims of the e. coli contaminated beef sold to restaurant chains and food services by Minnesota-based Rochester Meat Company was described in news reports as a 17-year-old woman living in this southern California city. According to news reports, she fell ill in December, but did not become sick enough to require hospitalization, and has since fully recovered.

As e. coli victims go, she was one of the lucky ones. Very likely this young woman will remember her relatively minor case of e. coli poisoning as several days of abdominal cramps, digestive upset, and feeling lousy that eventually ended with no lasting effects.

E. coli poisoning can be much worse, however. According to researchers at the University of Utah, about ten percent of e. coli cases develop a severe complication called hemolytic uremic syndrome (HUS), which includes anemia, profuse bleeding, and kidney failure. The worst cases can be fatal, as we have seen from the 1993 Jack-in-the-Box hamburger outbreak. 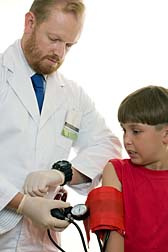 Now research has found that even survivors of HUS may be ticking health time bombs. Dr. Robert Tauxe of the Centers for Disease Control and Prevention says, "Folks often assume once you're over the acute illness, that's it, you're back to normal and that's the end of it." But the long-term effects of HUS, he says, are "an important but relatively poorly documented, poorly studied area of foodborne illness."

Alyssa Chrobuck of Seattle is a clear example. She was five years old when she fell victim to e. coli during the Jack-in-the-Box outbreak. Fifteen years later, she reports, she suffers from high blood pressure, colon inflammation that has required multiple hospitalizations, hiatal hernia, thyroid gland removal, and endometriosis.

Chrobuck says, "I can't eat fatty foods. I can't eat things that are fried, never been able to eat ice cream or milkshakes. Would I have this many medical problems if I hadn't had the E. coli? Definitely not."

In other words, e. coli is not to be taken lightly. And yet, after a 42 percent decline in reported cases between 1996 and 2004, there was a sudden increase culminating in 2007's record 21 recalls of over 33 million pounds of contaminated meat. And, of course, we weren't two weeks into the new year when Rochester Meat recalled 188,000 pounds of e. coli-tainted hamburger.

More News
We already know that the federal Food Safety and Inspection Service is understaffed by over 1,000 trained inspectors; we know that in many cases meat packers have been lax in testing their products for safety; and we know that recalls have often been slow to get started and poorly implemented.

Add to that some dangerous new practices in raising beef for slaughter. Recent research suggests that feeding cattle an inexpensive by-product of ethanol production known as distillers grains increases e. coli levels in the hindgut of cattle—which, combined with the other known problems, only heightens the risk to consumers.

At the consumer end, of course, you can take measures to reduce your risk by enduring that you cook all ground beef to a minimum temperature of 160 degrees Fahrenheit to kill off e. coli bacteria. But there's something very, very wrong with a whole system that can't keep it out of the food you eat. Rochester Meat could be the beginning of another long year of recalls.