Rochester Meat Recall: Why the Secrecy?

It seems that at least a few facts are finally on the table about January's Rochester Meat recall of 188,000 pounds of e. coli contaminated ground beef that was sold to restaurant chains and institutional food services. By "a few facts," we mean very few.

We knew from the beginning that the recall was triggered by six cases of e. coli poisoning, five in Wisconsin and one in San Diego, CA. Both states' food safety authorities initiated searches for source of the contaminated meat. They soon connected the DNA of the e. coli strain to Rochester Meat, which issued its voluntary recall at the urging of the federal Department of Agriculture (USDA). 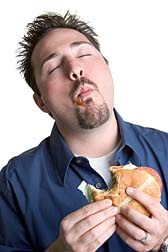 Early on in the recall, suspicion fell on the Tony Roma's restaurant chain as the source of the illnesses. Although no one said so at the time, food poisoning attorney Bill Marler has since indicated that Tony Roma's was the common thread between both the Wisconsin and California cases. Marler is currently representing the California victim and her family in a liability case against both Rochester Meat and Tony Roma's.

Neither Rochester nor Roma's has made any statement regarding their commercial relationship. Nor, under USDA regulations, is the federal agency allowed to make public the recipients of recalled meat. That information is regarded as proprietary and kept confidential in nearly every case. Early on in the Rochester recall, Marler and others called on the USDA to make the information public in the interest of informing and protecting consumers, but nothing was done—although Marler did note that both Rochester and Roma's had been visiting his legal blog site!

At least part of the secrecy that seems to shroud meat recalls stems from a rather startling fact: USDA cannot order a meat recall. They can urge a company to do so, and if necessary apply pressure by withdrawing operating licenses, but fundamentally meat recalls are voluntary measures undertaken by the producers themselves.

This is not to say that meat producers and the USDA don't cooperate; the producers generally respond when USDA requests a recall, but the price of maintaining friendly relations is protection of company information from public scrutiny. We know about the Rochester/Tony Roma's connection only because of some competent investigation by attorneys for the victims in both states. It is not general public knowledge, however. Both companies probably want nothing more than to quietly settle their lawsuits, get a non-disclosure agreement as part of the settlement, and go on with business.

More News
Since the recent upsurge in ground beef recalls, most recently the huge Hallmark/Westland recall, legislators, attorneys, and public interest groups have called for greater transparency and enforcement powers at USDA (not to mention and adequate budget and staffing), as well as the simple suggestion that companies consider that when it comes to food safety, honesty is the best policy.

Consider what might have happened if Tony Roma's had openly announced that they had received significant amounts of potentially contaminated meat, but had quickly and completely gotten it off the shelves and out of the refrigerators at all their outlets. Maybe they could have gone a step further and begun regular after-market testing and strict controls on cooking temperatures to ensure the safety of their products. Would their business have suffered?

Some people think not. Marler observed recently, "It's better to fess up and be open and honest with your consumers. It makes consumers more comfortable with your product, not less comfortable." If only...