Rochester Meat Recall: E. Coli Vaccine Approval is only One Step in the Right Direction 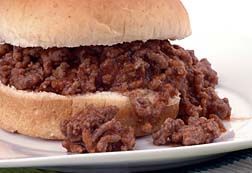 As part of its response to last year's record beef recalls, as well as cases like Rochester Meat, the federal Department of Agriculture (USDA) determined earlier this month that Bioniche's E. coli vaccine was eligible for a conditional license that will give the vaccine access to the US market. According to Bioniche CEO Graeme McRae, "The vaccine is especially novel in that it reduces shedding of an organism [E. coli] that, while potentially lethal to humans, causes no disease in cattle."

The vaccine could not have come too soon, especially with the recent introduction of inexpensive distiller's grain, a by-product of ethanol production, as a cattle feed. University studies have indicated that distiller's grain may actually increase E. coli in the hindgut of cattle and thus increase the risk of shedding and contamination.

All very well, but as with any vaccine, Bioniche's addresses the symptoms and not the cause of E. coli contamination. Feedlot cattle are fed an over-rich grain diet that is unfit for the bovine digestive system and leads to chronic indigestion and diarrhea—it's fair to say that all feedlot cattle are sick all the time. That's why they're also regularly dosed with antibiotics, at least some of which persist in the meat you buy and eat.

Then there's a pesky thing called evolution; we have recently seen antibiotic-resistant strains of E. coli developing in cattle; we could eventually see vaccine-resistant strains start to dominate, as has happened with some human vaccines. E. coli is a fact of life in cattle; it's not going to go away, and could always find ways to survive human efforts to control it.

More News
The vaccine also won't solve known systemic weaknesses in USDA's food inspection methods, which Marler described in his interview with LawyersandSettlements as "guys walking around plants looking at stuff." Nor will it guarantee compliance by restaurant chains such as Tony Roma's with the requirement to cook ground beef to 160 degree F., which may have played a part in the Rochester beef E. coli outbreak. It certainly won't cure USDA's critical shortage of inspectors and chronic underfunding. Although USDA is apparently making a serious effort to improve its food safety record, it's going to be an uphill battle with their current inadequate resources and practices.

And of course meat processors still operate largely on an honor system for product safety, and as Stan Painter, chair for the National Joint Council of Food Inspection Locals, comments, "If you throw a three-pound chicken away, so what? But if you throw a cow away that's 300 pounds of meat and you can't get any money out of it, that's a big issue." But it's not as big an issue as sick children—and they'd do well to remember that.