Ten years after the Mayo Clinic study that lead to the recall of the diet drug fen phen, more and more cases of primary pulmonary hypertension are emerging in former fen phen users, and lawsuits are on the rise.

Primary Pulmonary Hypertension (PPH) is a rare and potentially life threatening lung disorder in which the blood pressure in the pulmonary artery of the heart rises far above normal levels. This leads to higher pulmonary blood pressure and can eventually lead to heart failure. 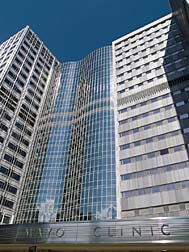 The FDA has received reports of 123 deaths in which Fen-Phen was identified, and continues to regularly receive reports of heart valve disease linked to Fen-Phen.

PPH "Difficult to Detect"
One of the problems in battling this condition is that many doctors may not diagnose PPH in its initial stages.

According to the Mayo Clinic: "Most often, pulmonary hypertension isn't detected in the early stages. One reason is that one of the first symptoms — shortness of breath — isn't always taken seriously in otherwise healthy young people and is often diagnosed as mild asthma or even dismissed as a nervous reaction.

"Because shortness of breath is subtle and slow in onset, pulmonary hypertension may not be accurately diagnosed for years," the Clinic notes.

The American Lung Association notes that because PPH can resemble other diseases, it is difficult to detect PPH in a routine medical examination. "Even when the disease has progressed, the signs and symptoms may be confused with other conditions that affect the heart and the lungs."

Are You At Risk?
Certain factors can such as genetic predisposition, immune system and other disease, and a history of using diet suppressant drugs such as fenfluramine and dexfenfluramine are all factors in PPH.

If you have experienced shortness of breath and are at risk for PPH, advise your doctor of your risk factors. To determine if a patient has pulmonary hypertension, physicians typically recommend a cardiac catheterization, sometimes with angiography.

Millions of Prescriptions
The landmark 1997 Mayo Clinic study, published in the New England Journal of Medicine, suggested that as many as one-third of patients sampling Fen-Phen had evidence of heart valve disease.

In the 12 months prior to these revelations and the withdrawal of fen phen from the market, physicians wrote more than 14 million prescriptions for weight-loss drugs.

More News
The Mayo Clinic has since reported retrospective findings on the subset of their patient population who had dietary drug exposure. It found a 33% incidence of significant valvular disease according to the previously defined criteria.

Some fen phen users are only now beginning to experience PPH and other health conditions.

New Lawsuits
Although the manufacturer Wyeth reached a nationwide settlement with patients who suffered valvular heart disease from taking Pondimin and Redux, those who have been diagnosed with PPH and other health problems are not affected by this settlement.

New PPH class actions by victims and families are being filed in the courts. One recent PPH case tried with a jury in Beaumont, Texas reached a $1 billion verdict on behalf of a man who lost his wife to PPH.