What do Panacryl sutures and the Duragesic patch have in common? Simply this: Both Johnson & Johnson products have both proven defective in an alarming number of cases, and both have caused untold misery and death.

A defective Duragesic patch, a J&J pain relief patch containing a drug said to be more powerful than morphine, brought death to a 28-year-old Adam Hendelson of West Palm Beach when he used the patch to manage pain he suffered following an automobile accident. 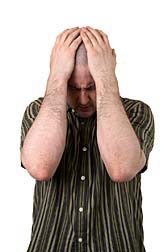 The braided, synthetic, and absorbable Panacryl sutures, sold as stronger and able to last longer before dissolving, also from J&J, made the news when some of the sutures did not dissolve at all. The Panacryl sutures allegedly led to repeated infections in seriously ill patients. These victims and their families are suing the J&J subsidiary marketing the sutures, Ethicon Inc.

The Duragesic patch, introduced in 1990, releases the opiate drug fentanyl into the skin through a gel. Fentanyl has been described as being 100 times more powerful than morphine as a painkiller, and researchers say it can cause addiction or death for some users.

In December, 2003, Adam was using the patches to deal with the chronic pain he endured after he broke his hip in a car accident. He was studying to become a computer technician, and was working on his resume when he died. His family found him where he had been sitting, in front of his computer.

He was wearing the patch at the time of his death, and had more than three times the lethal dosage of fentanyl in his system.

More News
Adam's family sued the J&J subsidiaries marketing the Duragesic patches, Jannsen Pharmaceutica Paroducts, LP, and ALZA Corp., claiming that he had been subjected to an overdose of fentanyl because of leakage from the patch.

On June 20, the jury in the Hendelson case awarded the family $5.5 million, finding that J&J officials had failed to warn doctors and consumers adequately about the health risks associated with the Duralgesic patch.

Adam's father, Lee Hendelson, was overcome with emotion after the verdict was announced.

"Just hearing the verdict was enough for me, it wouldn't matter if it was a low amount or a high amount," he said. "I can't get any enjoyment out of it. It's not going to change the sorrow that I still have."

J&J also felt its investors' reaction to the verdict. In the remaining five minutes of the trading day after the West Palm Beach verdict was announced, J&J's share price fell nine cents, from $62.42 to $62.33.