Tainted Heparin Verified as Cause for Adverse Reactions by CDC

Even though contaminated heparin has been in the headlines for a year now, a case-control study by the Centers for Disease Control and Prevention (CDC), the respected health organization based in Atlanta, finally confirms via a published report something we know all too well: tainted heparin, and syringes used to deliver the drug, have played a significant role in hundreds of serious allergic reactions over the past year. 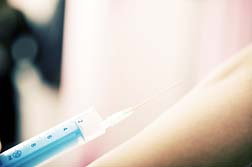 Some have been fatal.

The CDC report, authored by the organization's Priti R. Patel, M.D, M.P.H. and released online two weeks ahead of a scheduled appearance in the December 18th print edition of the New England Journal of Medicine, reveals that all 21 dialysis facilities that reported allergic reactions to heparin, used heparin manufactured by Baxter Healthcare.

Most will remember that earlier this year Baxter recalled nearly all of its heparin supply after contamination was found. The contaminant was later identified as oversulfated chondroitin sulfate (OCS), a rogue ingredient traced to a manufacturing facility in China that processed raw heparin sourced from what is mostly a cottage industry in the Republic. The recall of tainted heparin would eventually spread to 6 countries.

The CDC report cites that among patients administered heparin from a known lot number, very nearly all allergic reactions—96.3 percent—were to doses tainted with OCS. It was quickly determined that such allergic reactions, including hypotension, nausea and shortness of breath were not in character with heparin normally.

Given the recalls, and the eventual identification of the tainted heparin contaminant (only identifiable via more complex testing methods), it was obvious to most that there was a problem, and links—and potential, or probable links—were established. However, it was not until the CDC investigation, hot off the presses, that scientific fact and analysis was brought to bear, to verify something some have known all along and most have long suspected.

According to the CDC report which is forthcoming in the New England Journal of Medicine, the testing and analysis involved a new method for contamination testing.

A series of un-opened vials of heparin was obtained from 21 dialysis facilities which reported adverse reactions, as well as 23 reporting no reactions whatsoever. Of the dialysis units experiencing reactions, 152 adverse reactions reported by the CDC in 13 States from November 2007 through January 31st of 2008, the utilization of heparin from Baxter was found to be most strongly associated with reactions.

That's 100 percent, as compared with 4.3 percent of controls. It was also found that 98.5 percent of all reactions to heparin happened in facilities where heparin tested positive for OCS.

According to officials close to the study, the results verify and solidify what has until now been viewed as a causal relationship. It was also determined that adverse reactions to heparin reported to the CDC dropped off dramatically once the first recall of Baxter heparin was undertaken, and stopped completely even before the second recall of Baxter heparin products.

The revelations serve as a reassurance for researchers and the medical community, together with a vow from Baxter that it will continue to refrain from selling and marketing any additional heparin until it has assisted in the creation of a system that assures the quality and safety of heparin.

To that end, the US Food and Drug Administration (FDA) has mandated screening of all heparin products used in the US, given that standard tests are unable to detect the OCS contaminant, which has been described as having a similar molecular weight and structure as pure heparin. One has to wonder if China-based suppliers are somehow aware of standard testing procedures, and therefore use a contaminant they know will fool the testing mechanism.

More HEPARIN News
That has yet to be proven—and even though the crisis appears to gave abated, it is also too early to let down one's guard, given the observation that mandated screening methods "are technically challenging, not widely established, and not easily applicable in clinical practice," notes Dr.Susanne Alban Ph.D. and Dr. Susanne Luhn, Pharm.D., in a joint and accompanying communiqué with the study. Alban and Luhn are both with Christian-Albrechts University Kiel, in Kiel Germany. Nuclear magnetic resonance spectroscopy, and capillary electrophoresis nuclear magnetic resonance spectroscopy and capillary electrophoresis, are the processes at issue.

The good news, if there is any, is that the contaminated heparin crisis appears to have passed, and the study bound for publication this month in the New England Journal of Medicine sheds a conclusive and clinical light on the cause of tainted heparin, including syringes which might become contaminated in the process of delivering the drug. But questions remain—including how we got into this mess in the first place. Patients who have been adversely affected by tainted heparin, or the families of those who have died have many questions—many of which are being vetted through the legal system.