Melamine was first found in tainted pet food, where many dogs and cats developed acute kidney failure and died. Recently melamine was discovered in milk formula, and China says more than 50,000 children have been sickened; many of them have developed kidney stones, a very painful and serious illness. Just days ago, tests found that White Rabbit Creamy Candy, one of China's most popular brands, was tainted with melamine. And now, it may have spread to products in the US, namely nondairy creamers. 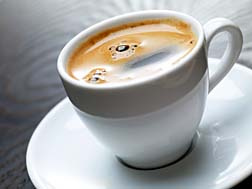 But these seemingly random food items may prove to be the tip of the tainted iceberg: experts now say melamine has been in our food chain for a very long time in the form of cyromazine--a derivative of melamine--and commonly used in China as a pesticide. And many Chinese suppliers wholesale cyromazine pesticides.

More FOOD-SUPPLEMENTS News
Cyromazine is absorbed into plants as melamine: it is then fed to animals and consequently can be found in milk products, farm products, animal feed and fish feed.

In May 2007, the FDA said that consuming pork, chicken, fish and eggs from animals that had inadvertently been fed animal feed contaminated with melamine "was very unlikely to pose a human health risk." Concurring with the agency, Daniel Chan, nephrology professor at the University of Hong Kong, said: "Results from the investigations that followed the pet food incident in 2007 suggested the level of contamination in our food chain was low and thus unlikely to cause significant adverse effect in humans."

The World Health Organization is more cautious: it has warned health officials worldwide to "be alert for dairy products of Chinese origin that could be tainted".

If you have suffered losses in this case, please send your complaint to a lawyer who will review your possible [Food-Supplements Lawsuit] at no cost or obligation.
Request Legal Help Now