More patients are writing to LawyersandSettlements.com concerned that their loved ones may have accidentally overdosed on Duragesic Pain Patches now that news of the defective patches is spreading.

Others are writing in to relate their own stories: that they were using the Duragesic Pain Patches to help control their pain levels but wound up in the hospital with overdose symptoms. Now, many are considering a lawsuit against the makers of the pain patch, alleging a manufacturing defect caused their severe reactions. 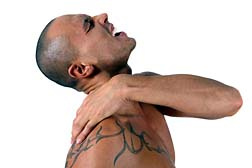 Many of the people who write to LawyersandSettlements.com are investigating a lawsuit because a loved one died after using the fentanyl patches. One woman says that her husband died after using various doses of the pain patches for quite a while. She notes that the coroner's report blames fentanyl, which caused his liver and respiratory functions to shut down, for his death.

Another woman who wrote to the website notes that the first time she used a Duragesic Pain Patch she began vomiting violently. She finally went to the hospital a few days later, where she was given fluids and medicine to stabilize her. She notes that she suffered a great deal of physical and emotional pain and now has hospital bills to pay. "I feel this patch should be taken off the market—too many people have lost their lives or, like me, have been injured by it," she writes.

Some patients who write to LawyersandSettlements.com say that their symptoms felt similar to a heart attack. They say they had severe chest pain, weakness, numbness and trouble breathing and were often treated for cardiac problems when they arrived at the hospital. Others note that they suffered withdrawal symptoms when they stopped using the patches, including feeling sick, sweating and convulsions.

More News
Patients report feeling emotional effects, in addition to the physical effects, after using Duragesic Pain Patches. They say that they are embarrassed about having a "drug overdose" and suffer from anxiety after their incidents. They also note that their families, many of whom found them unconscious, suffer mental distress.

Duragesic Pain Patches were supposed to help patients deal with chronic pain. Instead, they have caused many patients to have severe, life-threatening side effects. Some patients have died from fentanyl overdose, allegedly related to the use of the Duragesic Pain Patches. Patients who have suffered serious adverse reactions as a result of defective Duragesic Patches are considering a lawsuit against the maker of the patches.

If you or someone you love suffered adverse reactions to the Duragesic Pain Patch, contact a lawyer who can determine if you are eligible to join a class action lawsuit.