No one relishes the possibility of a drunk driving charge, properly referred to as driving under the influence (DUI). The stigma attached to it in this day and age is daunting. The fact remains however, that it does happen. Many respected individuals have a DUI charge, if not a conviction, lurking in their background.

But there's another issue: a DUI charge is NOT a conviction. And the breathalyzer is not infallible. 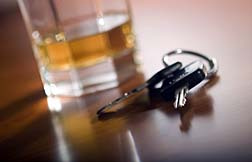 In fact, the State of New Jersey served as a lightning rod for the breathalyzer reliability issue last year when a judge decreed that a new device being utilized by law enforcement officers to determine the intoxication level of an individual was not consistently reliable and should only be used with discretion. The judge also ruled that some room for adjustment also had merit.

Critics of the Alcotest 7110 claim that the machine is not quite as reliable as the old one. Obviously a driver with a high blood alcohol content could not legally quarrel with the findings. However, an individual having blown close to the limit, above or below the 0.08 threshold, may not necessarily be considered legally impaired, or for that matter sober.

That left the judge no choice but to recommend that other factors, including field tests, should be considered in an attempt to determine the sobriety, or impairment of an individual.

So you see, the machine is not always right. For example, if you were to be pulled over and your blood alcohol reading was 0.085, one might assume the machine has already convicted you. But that may not necessarily be the case.

All the more reason to fight such a charge.

And here are more reasons. Things are not always as they seem. Consider the case of Brian Williams, defensive back for the Jacksonville Jaguars. Earlier this month the NFL football player was found not guilty of DUI after the real circumstances concerning the night in question came out in court.

According to an account published in the Florida Times-Union, Williams had left a nightclub and was driving with a female companion in September 2006 when he was pulled over after swerving in front of a patrol car. The reason for the serve was to avoid a manhole cover that he felt could have damaged the rims on his expensive sports car. He testified that he had consumed a single cranberry with vodka.

Where he made his mistake was lying to police, telling them that he hadn't been drinking at all. He admitted the fib in court. While it is not known whether or not he was given a breathalyzer test, Williams nonetheless was charged with driving under the influence.

The court determined that he wasn't.

And the sometimes inappropriate bias and poor judgment of law enforcement officials comes into play in the case of Julian Scott Morris, a 47-year-old Connecticut man who was charged with DUI after a paddlewheel boat he was operating capsized on Bantam Lake in June. Twenty passengers were thrown into the drink, but aside from the inconvenience there were no injuries. The boat capsized as the result of a thunderstorm and high winds that appeared suddenly on June 14th.

Enforcement officers with the Connecticut State Department of Environmental Protection (DEP) arrested Morris based on, they claim, his failure of a field sobriety test. However, Morris was administered a breathalyzer test and passed, and a subsequent urine test showed that Morris was not under the influence of alcohol.

Last week Superior Court Judge Paul Matasavage tossed the case out of court, indicating that Morris should never have been charged with a crime in the first place.

More DUI News
"I don't understand why they just didn't just let him go after he passed the breathalyzer test that day," Matasavage said. "It's unfortunate when some poor guy gets disparaged and there is nothing there. It's not right."

State Prosecutor Andrew M. Wittstein requested that the charge be dismissed and criticized the DEP for publicly announcing that Morris' drinking was a factor in the mishap.

"He wasn't under the influence at all and they shouldn't have said that," Wittstein said.

It is not known if Morris will sue for the damage caused to his reputation. However, it does serve to further illustrate that a DUI charge does not guarantee a conviction, nor should it presume guilt. There are many factors at play—circumstances, equipment malfunction, or a mishandled investigation.

In the end you should square your shoulders, hold your head high and fight your charge with a qualified DUI attorney.

If you have suffered losses in this case, please send your complaint to a lawyer who will review your possible [DUI Lawsuit] at no cost or obligation.
Request Legal Help Now