Julian Morris says that a LawyersandSettlements article regarding his DUI case in 2008 was used as evidence that he had been harmed. His attorney demonstrated that Morris’ reputation was damaged because the article was viewed nationwide. “The defense argued that my reputation wasn’t damaged because nobody—except locally--knew about my case, but your article proved them wrong,” says Julian. 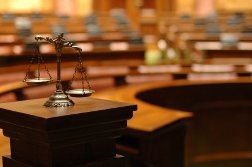 At the time of writing (July 2008) it was not known if Julian would sue for the damage caused to his reputation. “Your article inspired me to seek legal counsel and I did bring legal action against Connecticut State Police Officer Jeffery Poach and Connecticut DEP Sgt. James Warren (Morris v. Warren, et al., D.N. 3:10CV01167),” says Julian.

The case was allowed to proceed through summary judgement against Sgt. James Warren for malicious prosecution and a compromise was strongly suggested by the presiding Federal Judge. A resolution was reached through the Federal Magistrate whereby the State of Connecticut agrees to pay the Plaintiff a monetary sum.

Julian’s DUI was tossed out of court by Superior Court Judge Paul Matasavage, who indicated that Morris should never have been charged with a crime in the first place. Morris passed the breathalyzer test after a paddlewheel boat he was operating capsized—they were caught in a storm. Still, Morris-- a former police officer--was arrested for boating under the influence.

Julian says he was charged with DUI because of one police officer seemed to have a personal vendetta against him. “They said my eyes were bloodshot but I am allergic to the lake water,” he says. They said ‘subject was evasive’ but I was careful answering my questions—having been a cop. They convoluted and twisted everything.”

And what happened next became convoluted and twisted, to say the least. The Department of Environmental Protection (DEP) was also at the scene. Because the accident happened on a state lake, the state police turned the case over to the DEP. And because Julian passed the breathalyzer test at the state police barracks, the police knew they didn’t have a case. But the DEP charged Julian with the felony version of boating over the influence, a higher charge, and without chemical evidence.

More DUI/DWI News
“Hence my attorney went after malicious prosecution,” says Julian. “Still, the DEP continued to state that the police officers did a fine job of investigation. It showed up in the local newspaper for weeks until we went to trial, which lasted 10 minutes due to lack of evidence.”

The prosecution dropped the charges but it was a traumatic experience for Julian, regardless. And time consuming. He had to provide 10 years of tax forms; and he had to answer hundreds of personal questions sent by the defense.

“In my opinion, the judges were sympathetic to my case because they allowed it to progress to summary judgment. They suggested that the defendant settle, then we went to a settlement hearing.

“To this day the DEP contend that they did nothing wrong and I have yet to receive my settlement. But I am thankful to LawyersandSettlements for being instrumental in saving my reputation.”

If you or a loved one have suffered losses in this case, please click the link below and your complaint will be sent to a dui & dwi lawyer who may evaluate your DUI/DWI claim at no cost or obligation.
Request Legal Help Now

Posted by
ELois P. Clayton
on November 4, 2012
ATTN: Others saw I as the DEFENDANT in a BATTERY case, which I faught for 2 1/2 years, with the courts falsely subjecting I to court for a supposed 'TRIAL', having FULL knowledge that this court do NOT have trials in the afternoon!

ATTN: I was labelled as being responsible for this BATTERY, when after fighting this case, the Illinois AG, KNEW(from her being sent copies of my BRIEF), that I WON the criminal case, then sent I a letter that, "50% of your winnings, will be deducted because you were charged with Battery".

Afterwards, the Illinois APPELLATE COURTS, ruled against I, knowing that I was entitle to damages;sugmitting PROOFS of medical records/reports from my doctors!

The corrupt judges in the Daley center, ALL played a roll in I NOT being compensated for my injuries. I STILL have trouble with my injury that was caused from this battery that was committed to my person.

The matter happened in 2007 and lingered on until 2009, witrh the PD's finally saying that, "the state did NOT have a case against you";even after the judge was angered because I would allow him to put I on probation for 3 months and proceeded to RAISE it to 12 months, when I REFUSED to accept the 3 months court supervison.

I am an UNemployed Medical Coder/MT AND CADC, who REFUSED to allow the courts or the individuals tamper or cause damage to my credentials by blaming I for their actions!

Posted by
worldviewpress
on November 4, 2012
Thank u for your fortitude+faith in prevailing despite being tried in public news.
Wvp

Click to learn more about LawyersandSettlements.com
LawyersandSettlements.com - A trusted, independent legal news provider bringing quality news and information on all legal cases and lawsuits filed in United States of America to its readers since 2002. Over 250,000 legal help requests including DUI & DWI Cases, and Criminal Law Cases have been forwarded to lawyers all across to the country.