DUI in Ohio: Influence Takes on a Whole New Meaning

Driving while under the influence is, of course, morally reprehensible and all the clichéd adjectives apply: foolish, stupid, dangerous, irresponsible. However, if you are ever pulled over for drunk driving, just hope that it's in Ohio, where State regulators have adopted, in principle, a machine that is facing lawsuits in several other states as being unreliable. The latter can affect DUI law and a good DUI attorney can certainly use a tester with a dubious reputation to help your case. 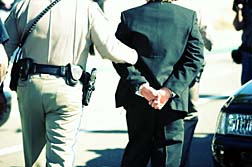 At issue is the Intoxilyzer 8000, a machine manufactured by CMI Inc. of Owensboro, Kentucky. After coming up with criteria for 'the perfect machine,' a task force in Ohio charged with setting criteria and recommending potential options settled on the only machine, of 17 possible bidders, that met the criteria.

Critics say that the decision is unfortunate, given that CMI Inc. is facing lawsuits in Florida and Minnesota—and there are also concerns in Louisiana, Massachusetts and New Jersey with regard to the accuracy of the machines.

The latter can cause problems for both police, and the suspect. A reading that is off, or can be easily challenged can let a guilty offender off the hook. By the same token, a drunk driving suspect in reality below the legal limit may be shown to have a higher blood-alcohol content, thus risking an unjust conviction.

The irony in Ohio is that regulators picked a machine with apparent issues that is made out-of-State, over a machine considered much more reliable that is manufactured right in Ohio.

Since this story broke earlier this fall, the Ohio Control Board has delayed the release of federal funds worth $6.4 million until it further studies the events leading up to the awarding of contract to CMI. Regulators were due to take up the matter again in mid-December.

Lawyers could have a field day with this one.

National Patent Analytical Systems is based in Ohio and has made and supplied 90 percent of the blood-alcohol testing machines in use in the State. National Patent also operates in 15 other states, and has a machine that police forces appear to universally embrace as being accurate. Dan Fusco, the Vice-President of the company, claims that his machine is rarely challenged in court.

So how can the State of Ohio wind up with 700 blood-alcohol machines, made out-of-state, that have a reputation as less-than-reliable?

There are many questions.

It was in 2005 that a task force was put together by Governor Bob Taft to come up the ideal blood-alcohol machine for the state's needs. At the end of the day, of 17 possible bidders, only one manufacturer met the rigid specifications drawn up by the task force: CMI, out of Kentucky.

It has been reported that the individual who headed up the task force, Dean Ward is a Kentucky native and a friend of CMI President Toby Hall. Ward is chief of the Bureau of Alcohol and Drug Testing at the Ohio Department Health. It was he who ultimately gave the nod to CMI. Ward has acknowledged his friendship with Hall, but denied the relationship had anything to do with the process.

There are other revelations. Defenders of the State task force decision claimed that the approval of the federal grant was contingent that the device had to be portable and battery-operated. Only CMI, it has been reported, makes a portable device. However, a representative of the federal government authority issuing the grant money confirmed that portability was not a pre-requisite.

It was also revealed that the Feds had recommended that up to 16 manufacturers be allowed to bid on the $6.4 million contract. And yet the competitive bidding process was waived.

More DUI LAW News
The Ohio Controlling Board was scheduled to take up the matter again on December 15th. Meantime, the delayed release of funds and the re-thinking of the contract has given Ohio manufacturer National Patent a potential shot at the contract—at least for now—and at last report had resumed work on a proposal it scrapped, in frustration, in 2007. Up to that point, the company had reportedly spent about $50,000 in time and materials for a contract, given the criteria, they had little chance of winning.

The message here is that blood-alcohol content is not an exact science as it relates to the machine used to measure it, and the variances in the way alcohol affects different people. The law is the law, and dui law states that if a driver blows over 0.08, the latter meets the legal definition of drunk driving. However, there are always extenuating circumstances, such as an individual's tolerance to alcohol, the time at which a test is given, and the machine used—as the foregoing aptly illustrates. A dui attorney can help you achieve the most appropriate response for your particular case.

If you have suffered losses in this case, please send your complaint to a lawyer who will review your possible [DUI Law Lawsuit] at no cost or obligation.
Request Legal Help Now