Senator Patricia Murray (D-WA) testified Wednesday at a hearing of the Senate Environment and Public Works Committee, arguing for the ban the importation and use of asbestos in the US.

Senator Murray, supported by Senator Barbara Boxer and other leading Democrats stated: "I've worked on this issue for six years, and I can tell you: asbestos is deadly, it's devastating families and communities, and every day that we wait to ban it, we're sentencing more Americans to an early and avoidable death."

More than 40 other industrialized countries have already banned asbestos. Why is it still legal in the US? 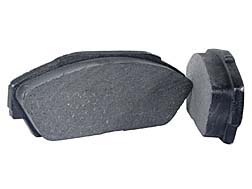 Hitting a Stone Wall
For the last six years, Senator Murray has repeatedly introduced legislation to ban asbestos. Despite many efforts, the bill has not passed. It has been suggested that powerful industry lobbying groups have convinced other senators to "stonewall" the bill from moving forward.

There is some hope that the bill will finally pass. This is the first time that Murray's bill has made it to the full committee hearing stage. As well, Senator Barbara Boxer (D-CA), who chairs the Committee, expressed support for Murray's legislation.

Senator Murray's new bill, the Ban Asbestos in America Act of 2007, would prohibit the importation, manufacture, processing and distribution of products containing asbestos. The bill also calls for a significant expansion of research, disease treatment programs, and public awareness programs.

Doctors and Victims Testify
Other testimony has included statements from doctors, health and safety experts, and advocates, including relatives of asbestos-related disease victims. As well, US Capitol [tunnel workers], many of whom have become ill due to asbestos exposure, joined the hearings. Photos were presented illustrating lung damage from mesothelioma and other asbestos-related diseases.

The Senate Committee heard the story of George "Fred" Biekkola from Michigan, a World War II veteran who was exposed to asbestos while working in the mines. In 2001, Mr. Biekkola testified at the first Senate hearing on the proposed asbestos ban. At that time, he said: "Senators, please make sure that what happened to me won't happen to anyone else....Workers like me are counting on you to protect us. Please don't let us down."

Mr. Biekkola and other victims have watched the proposed legislation fail, year after year. . As Senator Murray said: "I'm sad to say that we let [Mr. Biekkola] down. We didn't ban asbestos." Mr. Biekkola died in 2004 of asbestosis and mesothelioma.

According to the hearings, the United States imports 2,530 metric tons of asbestos, used in products like cement and gaskets, as well as automotive parts. The use of asbestos, according to health advocates, can seriously compromise the health of auto workers and mechanics.

New Lawsuits: Asbestos in Automotive Parts
Anyone who has had exposure to asbestos has the right to seek legal counsel to determine if they are eligible to take part in legal actions against companies who use asbestos. As well, family member of those who have become ill or died due to asbestos are encouraged to seek the advice of a lawyer.

As one victim's advocate stated: "If you want to stop companies from using asbestos, you have to hit 'em where it hurts. In their pocketbook."

Numerous lawsuits are currently moving through the court system. On June 6, a lawsuit was filed in New Jersey on behalf of a woman who developed mesothelioma after exposure to asbestos from brake repairs performed by her family members. According to the lawsuit, the brand predominately used for the brake work was Bendix, a brand which allegedly contains asbestos.

More News
The lawsuits and congressional hearings coincide with new set of recommendations from the Environmental Protection Agency (EPA) regarding automobile repairs. In the brochure, entitled "Current Best Practices for Preventing Asbestos Exposure Among Brake and Clutch Repair Workers," the EPA acknowledges the safety risks of asbestos in automotive parts.

When Will It End?
With all of this pressure on the industry, when will action be taken? While victims and their families continue to win settlements and research continues to show the health risks of asbestos, manufacturers continue to use this deadly material.

As Senator Murray asked in her testimony: "How many more Americans have to die before our government finally does the right thing and bans asbestos?"

Posted by
Eileen McKendry
on February 28, 2015
This article has NOT answered the question: WHY? All other countries have banned the manufacture, importation, processing and distribution of asbestos-containing products---WHY IS IT STILL LEGAL IN THIS COUNTRY? COULD IT BE CALOUS GREED ON THE PART OF THE MANUFACTURERS? THE MILLERS, THE IMPORTERS, THE PROCESSORS AND DISTRIBUTORS---WHO CARE SO LITTLE FOR THE LIVES OF OTHERS?