On December 6, asbestos mesothelioma claimants asked a Fourth Circuit panel for permission to pursue their claims against Georgia-Pacific, the corporate parent of Bestwall LLC, which has filed for Chapter11 bankruptcy protection. The fundamental question in Bestwall LLC et al. v. Official Committee of Asbestos Claimants is whether the complicated corporate restructuring that preceded Bestwall’s bankruptcy was done in good faith, or whether it was a ruse designed to shield corporate assets from the claims of workers who were sickened by their exposure to asbestos. There is nearly 100 years of history behind this. 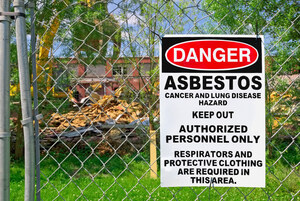 Asbestos can be a slow killer


Asbestos is a group of naturally occurring fibrous minerals long used in building materials such as flooring, ceilings, roofing, automotive parts and other construction materials.

When it is inhaled into the lungs or accidentally ingested, it can have devastating long-term health effects. The most common respiratory and lung diseases related to asbestos exposure are: These diseases may appear long after exposure to asbestos fibers. The latency period may be as long as 10 to 50 years.

A long history and many name changes


CertainTeed Corporation, the predecessor of Bestwall Gypsum Company, manufactured asbestos-containing construction materials beginning in 1930. Bestwall Gypsum Company was formed in a spinoff in 1956 and continued to make asbestos - laden gypsum wallboard and joint compounds. Bestwall was acquired by Georgia-Pacific in 1965 and continued to make asbestos-containing products under the Georgia-Pacific brand until the products were banned by law in 1977. Both Bestwall and Georgia-Pacific were soon embroiled in hundreds of thousands of asbestos lawsuits.

These lawsuits, too, have a history.


Johns-Manville Corporation, formed in 1901, marketed asbestos cement, asbestos-based insulation and roofing materials. It became prosperous during both World War I and World War II, largely on the basis of federal contracts.

As early as the 1920s, physicians recognized that exposure to asbestos caused severe sickness. Even though safer substitutes for asbestos became available, Johns-Manville continued to use the mineral. In 1982, Johns-Manville filed for bankruptcy protection because of the asbestos-based injuries these products caused. At that time, it was the largest corporate bankruptcy in United States history.

Unlike most companies now entering bankruptcy, however, Johns-Manville was not insolvent. As of August, 2022 the (renamed) Manville Personal Injury Settlement Trust contained $2.5 billion for the payment of existing and yet-to-be-filed claims. There is still some financial cushion for Johns-Manville workers who have yet to file claims.

Back in the present, however, the story appears to be a little different.


In 2017, Georgia-Pacific went through a complicated corporate restructuring, ultimately creating an entity called Bestwall LLC into which all of its asbestos liabilities were funneled. An LLC, or “limited liability company,” does exactly what its name suggests. It protects its owners from legal liability for the LLC’s business debts and liabilities. Because Bestwall is an LLC, its anticipated asbestos mesothelioma judgment liabilities would not wash backward to Georgia-Pacific.

Within months of its creation, Bestwall filed for Chapter 11 bankruptcy protection and sought to establish a trust fund to handle asbestos claims. What assets Bestwall might have to satisfy those claims is not entirely clear. The kind of corporate restructuring in which Georgia-Pacific engaged sometimes also involves stripping nearly all of the assets out of the newly-created LLC. Bestwall LLC’s near- immediate bankruptcy raises suspicions. Perhaps the lessons of Johns-Manville played a part.

The asbestos mesothelioma claimants cried foul. Bankruptcy attorneys for Bestwall LLC and Georgia-Pacific claim that the claimants are trying to subvert the goal of bankruptcy law.

Equities on both sides of bankruptcy law

More ASBESTOS MESOTHELIOMA News
At its best, bankruptcy protection can allow a valuable, socially productive business to re-invent itself after a disastrous, and not entirely-foreseeable, mistake. Johns Manville, now a Berkshire Hathaway business, may have done this. It still manufactures insulation, but without the toxic asbestos. Insulation is green-ish industry. Preventing climate warming seems like a socially useful goal.

The creation of a bankruptcy trust fund, if adequately funded, can also allow many claimants to recover. The first one to file does not necessarily walk away with the entire prize.

At its worst, bankruptcy protection can allow corporations to squirrel assets away from the legitimate claims of those who have been harmed by profit-driven decisions. It largely depends on a realistic estimate of potential financial liabilities and the funding of the trust fund. This is the question that the Fourth Circuit must now face.
READ ABOUT ASBESTOS MESOTHELIOMA LAWSUITS

Click to learn more about LawyersandSettlements.com
LawyersandSettlements.com is an online news and information site for the general public and legal community. As a legal news resource, we have emerged as an independent & trusted voice. We provide detailed and quality information on various lawsuits filed including Environment Cases, Defective Product Cases, and Personal Injury Cases.