Antitrust Grows in Complexity in Lockstep With Technology

With the massive proliferation of personal computers, and their globalized integration into business and society, it is little wonder that any evolution of antitrust laws is moved forward in large measure by issues relating to and driven from the computer industry. The toga-wearing visionaries who put together the first known antitrust policy, the Lex Julia de Annona—enacted during the Roman Republic circa 50 BC—would shake their head in amazement at the contents, and issues, stemming from the modern-day antitrust act. 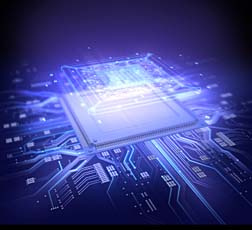 In the Roman era there was a lot less to worry about. The imposing of fines for anyone caught stopping or delaying supply ships was pretty much the extent of their intervention, needed to protect the grain trade. A little later on, in 301 AD an edict under Diocletian imposed the death penalty for anyone who violated a tariff system. It is not known if anyone caught buying up, concealing or contriving 'the scarcity of everyday goods' were thrown to the lions or not, but you get the idea. It was pretty black-and-white back in the day.

Not so in 2008, and beyond. The information age has muddied the waters with the need to protect such intangibles as proprietary knowledge, intellectual property and IP rights.

Hardly surprising, then, that antitrust lawyers have their work cut out for them just keeping up with technological advances that impact law, let alone the need to master the intricate and infinitely complex nuances associated with the modern information age. The crisp, and easily understood borders of black-and-white have evolved into so many subtle shades of gray.

And if you were ever to look for a few poster boys for the anti-trust era circa 2008, you need look no further than the boys running Google and Yahoo and Microsoft. The former cried foul whenever the Microsoft juggernaut flexed its formidable muscle, to the exclusion of others. At least until Google and Yahoo decided to get in bed with each other, bringing with it a combined 80 percent command of the online search engine market. Suddenly, antitrust was a non-issue for them.

There was a time, not too many decades ago, that Microsoft would have felt dwarfed by the sheer size and influence of IBM. The venerable Big Blue was the machine that ran the computer industry as it existed at the time and it would have been easy to squash would-be competitors—if there were any to begin with. IBM was it. All the hardware, and programming was done in-house. Anti-trust? Why bother? There was no one banging on Big Blue's door to share in the wealth. No one knew how.

Then came Apple, and Microsoft. Apple went in its own direction, developing proprietary hardware for its own unique vision of the personal computer. The brain trust at Microsoft, on the other hand, decided to focus solely on the programming aspect. Now called software, this revolutionary new application for operating a computer was designed to run on the IBM platform, using their hardware. 'This is neat, we must have this,' said IBM. 'We'll buy you.'

'No,' said Microsoft. 'We won't sell it to you. We'll retain ownership, but we'll grant you rights to use it.'

Had Microsoft sold them the whole car we wouldn't be having this conversation. It's much like the songwriter who sold away his hit song for a hundred bucks versus the guy who sold the rights only, and reaped the rewards a million times over. Songwriter number 2 obviously had a cunning lawyer advising him. And how much did the Rolling Stones earn when Microsoft bought the rights to use 'Start Me Up' for the launch of its new platform in the 1990s?

So Microsoft has chugged along, with Apple co-existing very nicely in a parallel universe. Apple is pretty much a closed shop, as they build their own hardware. But Microsoft is just that—software. It needs the machine to function. Thus, how much of that machine can Microsoft realistically and legally control, at the exclusion of software competitors jockeying for but a sliver of that hard drive?

That's the crux of antitrust where it comes to the computer industry. No one can argue with the success of Microsoft, the savvy company that is pretty adept at foretelling the future, primarily because they have the power to design it to their own liking.

Okay, so why can't Microsoft sell a Windows operating system that includes a bundled media player, which effectively freezes out other media players, and therefore other companies, from getting a piece of the growing music and online video pie? It's their platform. Why can't they use their own proprietary software? So you're a competitor? Too bad.

Ah, but who owns the machine, the actual CPU itself? Not Microsoft. It's Jane, or Paul or Amir. The user pays for the hardware. It just so happens that Microsoft has the market cornered on the operating platform that runs any non-Apple personal computer. Okay, so Jane, Paul and Amir can't do much about that. To have the PC, you have to have the Microsoft. Fine.

But maybe they would rather have the media player made by the Rubber Bunnies people. They have a cool feature that you like, and you want to buy it. But it won't run on your PC, because Microsoft made sure that only their Windows media player would work.

Is that fair? Microsoft would probably say, 'Sure it's fair. It's our operating system,' and they have their defenders.

More ANTITRUST News
But others disagree, saying that it takes choice away from the consumer, and takes opportunity away from competitors. It stifles competition, which is what antitrust laws are all about.

Yes, but why should the provider of a platform make available proprietary IP protocols to others to invite competition? And does it really invite competition? There are those who agree that by forcing companies such as Microsoft, as big as it is, to open up its brain trust for the benefit of others, it fosters a stifling of a different sort:

The stifling of innovation.

Antitrust will always be a closely followed and hotly debated topic where it comes to intellectual property rights.

And antitrust lawyers will always be in demand to wade through the quagmire.