More ANTITRUST News
To prevent the occurrence of financial crimes in the nation's farmlands, federal regulators have announced plans to hold hearings examining the agriculture industry's adherence to antitrust laws. 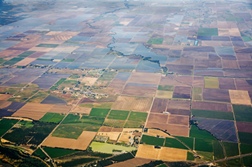 The hearings, which will examine the legitimacy of competition in the industry, stem from accusations levied by members of the Obama administration that a handful of corporations exert undue control over the nation's food supply and have been making steady gains over the years, according to the Associated Press.

Christine Varney, head of the US Justice Department's antitrust division, told the new provider that though the claims stem from a basic consolidation of the industry, they warrant an official review.

Hearings begin on Friday and will feature regulators from both the Justice and Agriculture Departments in Des Moines, Iowa. An additional four meetings have been scheduled throughout the year.

The hearings will target the seed, dairy, poultry, beef and crop industries, among others.

Posted by
Roger Barisdale
on October 25, 2011
This will really pull up some interesting numbers considering california supplies a good portion of the globals veggies etc.
Do not be surprised if the data is not available. with recent legislation of destroy records laws being promoted from city county state between that and being able to throw some round figures in a data set its pretty easy to conceal. What needs to happen and not always the same is start the investigation from where the money is going and work up the chain with that you will see a different perspective as opposed of a official dept head testifing data that is handed by state, there would lie who bought equiptment and so forth and maybe they will actualy practice what the american people are preaching Transperancy!!!!