Zyprexa is the sixth largest seller in Sweden, in all categories, and Rolf Adolfsson isn't happy about that. Unhappy, because the endocrine effects of Zyprexa are extremely dangerous, so says the noted Swedish professor of Psychiatry.

Dr. Adolfsson, who has been investigating the harmful effects of drugs for the past seven years, spoke out on Swedish national television recently about Zyprexa.

"I've seen so many complications, and I have met so many patients--that I completely choke," he told the program host on September 12th. "Are we so damned gullible? And it must be--there is only one thing--marketing." 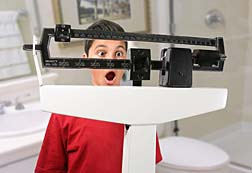 The program investigated the illegal marketing of Zyprexa in Sweden, together with the harmful effects of the new breed of atypical neuroleptics, a category that Zyprexa falls into.

Dr. Adolfsson goes on to reveal that weight gain is just one of Zyprexa's evils, one that links to so many other serious conditions. "Everybody knows that weight gain is completely catastrophic for all forms of illness ahead, even cancer," Adolfsson says. "It is the central thing for the development of two things: One is vascular diseases, and the other is diabetes.

"There is nothing worse than seeing a young person 17-18 years with a weight gain of 40-50 kg, and no one does anything! What is Swedish psychiatry doing?"

Adolfsson indicated to his Swedish viewers that he is no stranger to Zyprexa manufacturer Eli Lilly. "I have discussed very much with them that you have to be trustworthy-this, I maybe said five or six years ago-they must come out and say, 'This is a very dangerous thing with our drug, because people are gaining weight. And you must do these and these tests, and if we have this increase in weight so quickly, then you must switch to another drug.'"

Incredibly, Dr. Adolfsson suggested the pharmaceutical industry, in making available drugs such as Zyprexa, is driving people with schizophrenia to an early grave. "Absolutely," he said, in answer to the reporter's question.

He maintains the new neuroleptic drugs are extremely dangerous. "You die prematurely—10 to 15 years."

More News
Compared to the attention given the drug in the United States, Zyprexa has existed within a relative vacuum in Sweden. Somehow, the fact that several US States are litigating against Eli Lilly, and the awarding to some 30,000 individuals damages totaling $1.2 billion, has done little to cloud Zyprexa here.

That is, until Dr. Adolfsson spoke out in September.

Up until this fall, Zyprexa was advertised extensively in the Swede medical journals, utilizing keywords such as strength, carefulness and simplicity. And in the English version of a patient leaflet, which is part of Eli Lilly's marketing, the following statement summarizes the side effects:

"People usually experience few or no side effects. Drowsiness or dizziness may occasionally occur, and some people may experience increased appetite, which can lead to weight increase."

The outspoken Professor Adolfsson is affiliated with the Department of Clinical Sciences Psychiatry, at Umea University in Sweden.