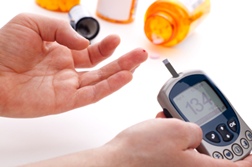 Back in early 2007, Eli Lilly announced it would pay approximately $500 million to settle the lawsuits, which involved claims that were filed in state and in federal courts. That settlement brought the total settlements up to $1.2 billion, and resolved more than 28,000 claims against the company. At the time, according to the New York Times (1/5/07), there were still at least 1,200 lawsuits pending.

Zyprexa, known generically as olanzapine, is used to treat schizophrenia and bipolar disorder. It has been linked to weight gain and increased levels of cholesterol and blood sugar. In 2003, the warning label for Zyprexa was changed to include information about the risks associated with the drug.

In 2009, Eli Lilly settled allegations that it broke the law by advertising Zyprexa for off-label use. In that case, Lilly agreed to pay almost $1.5 billion to settle the allegations raised by the Department of Justice. According to a press release from the Justice Department (1/15/09), Lilly admitted to illegally marketing Zyprexa “for uses never approved by the FDA.” Those uses included the treatment of dementia, Alzheimer's, depression and generalized sleep disorder.

More ZYPREXA News
The same press release notes, “Eli Lilly knew that significant weight gain and obesity were adverse side effects of Zyprexa and that weight gain and obesity were factors in causing hyperglycemia and diabetes. Yet despite written caution from the FDA, Eli Lilly continued to promote these adverse events as therapeutic benefits of Zyprexa use, particularly in the elderly.”

Lawsuits filed concerning Zyprexa have decreased, although some have been filed. Most recently, earlier in 2014, a three-judge panel ruled that a lower court judge was right to exclude expert evidence and grant summary judgment in the lawsuit. That judge had excluded evidence provided by a psychiatrist, who alleged that 15 percent of Zyprexa users will develop tardive dyskinesia after three years of therapy on the drug. The judge then granted summary dismissal of the lawsuit, in Lilly’s favor.

Posted by
Angie
on September 17, 2017
My son was recently on this medication for about 4 months. He was 17 when he started but turned 18 during this time period. He ended up with high triglycerides, very high TSH and was just released from the hospital with pancreatitis and fall bladder issues. Praying this all goes away now that he is off. Not too mention it did nothing for the issues he has AT ALL and it made him gain 16 pounds in 3 months!
Posted by
Pamela Carlilse
on July 1, 2016
My mentally ill brother has been on Zyprexa forever and now has Diabetes...never knew this was a side effect of this medication!!! And cholesterol ...is high..all seems to be because of the medication
Posted by
Mike
on March 23, 2016
I was prescribed this drug in 2002. I wasn't warned of the horrible weight gain side effects. I couldn't loose that weight for 10 years. Even after going off the drug. But no one seems to want to help me.
Posted by
Marisela Bustamante
on June 23, 2015
I developed diabetes type 2 causing many complications as time goes on I gave I gave birth prematurely causing my son respiratory problems.
Posted by
Ruth Petrik
on December 7, 2014
I have documents that zyprexa should never have been proscribed to a 90 year old patient and then tippled in dose by her doctors