A letter sent by the Food and Drug Administration to Eli Lilly in March, 2007 is providing support for claimants suing the company over the under-disclosed side-effects of its antipsychotic drug, Zyprexa, and may even expand the category of potential plaintiffs to include those who took the drug after March 2004, the month the company issued a warning to doctors.

Eli Lilly has already paid settlements totaling more than $1.2 million in damages to approximately 29,000 litigants for failing to warn users that Zyprexa can cause diabetes, weight gain and pancreatic problems. 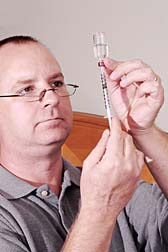 In the March letter, the FDA said it was delaying approval for Eli Lilly's Symbyax for hard-to-treat depression, because it needed more information about the risk of diabetes included in the medicine's prescribing label. Symbyax, already approved for use in bi-polar depression, is made up of a combination of two Eli Lilly drugs, Prozac and Zyprexa.

The FDA letter, signed by Thomas Laughren, director of the FDA's division of psychiatry products, said: "We are concerned that the proposed labeling is deficient with regard to information about weight gain (and high levels of sugar and fat in the blood of patients who took the drug). We do not feel that current labeling for either Symbyax or Zyprexa provides sufficient information on these risks."

The letter also says that Lilly's proposed prescribing information for Symbyax failed to disclose that in a clinical trial almost half of patients who had high or borderline levels of blood sugar when they started taking the drug ended up with levels high enough to be considered diabetic---compared to about 5 percent of the patients in the placebo group.

In an article on the news site Bloomberg.com, David Logan, dean of Roger Williams University School of Law in Bristol, Rhode Island, is quoted as saying: "When the FDA says something damning about the warnings of a drug, it's admissible as evidence on the reasonableness of the manufacturer's decisions. It would likely carry some weight with juries."

More News
The letter has already been relied on in court as evidence in favor of plaintiffs' claims against Eli Lilly. It was cited in the June 11 decision of U.S. District Judge Jack Weinstein in Brooklyn, NY, to let three lawsuits against the company go to trial. Judge Weinstein is overseeing all pending federal Zyprexa cases, which currently number about 500. The first of these trials are expected to start in October.

In separate lawsuits, at least eight states have sued Eli Lilly for millions of dollars in damages suffered by their Medicaid health programs for the indigent, alleging the drug company concealed risks, marketed Zyprexa for unapproved uses, and in some cases, fraudulently manipulated Medicaid prescribing guidelines to give Zyprexa an advantage over other drugs.

All in all, a big headache. Eli Lilly is probably wanting to take an aspirin about now.