"Zimmer Hip Like Buying a Car with a Bad Engine"

Larry has dealt with more than two years of pain since his Zimmer hip implant, and now he is likely facing revision surgery, but at what cost? "This defective Zimmer hip problem should have been solved by now," Larry says. "Why should I, and my insurance company, have to pay the deductible for yet another surgery? It's like buying a car with a bad engine." 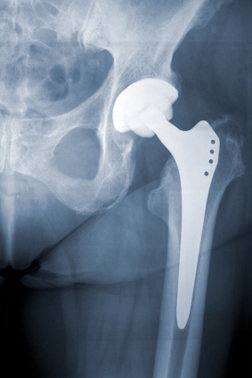 Larry's hip kept "popping out," but he tried to live with it, working through the pain until it got so bad that he had a hip replacement two years ago. His surgeon never discussed with Larry what type of hip he was going to have, and Larry never thought to ask—the Zimmer Durom Cup was "temporarily recalled" in July of 2008, just months after Larry had his Zimmer hip replacement.

"I used a walker when I got home from the hospital, and had physical therapy," says Larry. "I had a certain amount of pain, which was to be expected, but not like the pain I had before—but that was temporary…

"I started to put some weight on my leg but still took it easy; I was walking with a limp for quite some time and thought my recovery was taking too long. I went back to the surgeon because my hip felt loose and it was giving me even more pain, especially if I lie on my side. I had an x-ray and bone scan but it appeared to be OK.

"Well it never got better; in fact it got worse in some areas. I used to walk the dog a mile every night but now I couldn't walk very far; I did all the house maintenance and yard work and now it takes forever to do anything—I have to do the yard work in steps. I'm 65 and was always pretty active and I was really disappointed—it took all the wind out of my sail.

"I asked my surgeon what he could do about the problem. He said, 'We can go back in there and re-do it,' meaning revision surgery. But I don't want to have to go through that pain again; spend a few months bedridden and pay 20 percent of the cost.

"I first heard about hip problems with DePuy hip replacement. Then I went online and discovered the Zimmer Durom Cup recall. At that time I didn't know what hip I had so I contacted my doctor and requested all of my medical reports. I talked to a lawyer about it and he said I need to get the lot number—evidently they know from the lot number whether or not it is a Durom Cup.

More ZIMMER DUROM CUP News
"I am pretty sure that I have a Durom Cup because the complaints I read online are the exact same problems I am having. What am I supposed to do about it? This defective Zimmer hip has changed my entire life; I can't do anything that I did before. I even have trouble getting off the couch!

"About one week ago, I signed the release papers from the hospital so they can send this information to me—they won't do it over the phone. I haven't received the papers yet, but my surgeon confirmed that it is a Zimmer.

"I want to get better; if in fact I need revision surgery I will just have to get it done. I'm going forward on this issue; I am going to file a Zimmer claim. I just want this settled soon because I have already suffered enough—for the past two years; and some people have endured even more pain."