Yaz and Yasmin Lawsuits Could Eclipse 25,000

The rising number of American women who are having issues with Yasmin birth control—to the point of filing a Yasmin lawsuit—only accentuates concern over the latest-generation oral contraceptive that has been linked to blood clots, stroke and other Yasmin side effects. It's cousin, Yaz—which is similar to Yasmin but is based on a slightly different formulation—carries equal concern. 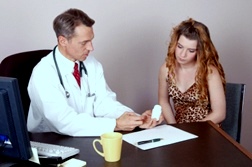 In the meantime, the number of lawsuits affecting both products could reach 25,000 according to various sources. Such litigation pressure is fuelling speculation that a recall of Yaz and the Yasmin pill may be imminent.

Lana Speck would no doubt have preferred such a recall to have been undertaken prior to her experience with Yaz and Yasmin. According to a lawsuit filed against Bayer Corp. in Galveston County Court at Law No. 1, the plaintiff was on a regimen of Yaz birth control pills and Yasmin from 2001 through 2008 to regulate her menstrual cycle.

In spite of complying with her gynecologist's instructions and taking no more than the standard dose, the plaintiff alleges that the medication caused Yasmin gallbladder problems and precipitated the removal of her gallbladder in 2006.

Following the procedure, Speck alleges to have experienced severe chest and upper abdominal pain, along with "continuous issues with her digestion that caused extreme diarrhea, indigestion, and crippling abdominal pain." The plaintiff also claims that physicians discovered the presence of gallstones prior to the removal of her gallbladder, and she continues to suffer from post-cholecystecomy syndrome.

The lawsuit summary, reported February 9 in the Southeast Texas Record, did not make clear if Speck was taking the Yasmin pill or Yaz birth control—or if she switched from one to the other at some point in the seven years the plaintiff was using the contraceptive.

More YASMIN BIRTH CONTROL News
The Yasmin and Yaz duo has been a healthy seller for Bayer, with reports of sales in excess of $2 billion. The pharmaceutical giant, headquartered in Germany, has always maintained that sufficient warnings about Yaz blood clots and other Yasmin side effects are duly reflected on product labels. The oral contraceptives continue to be available in branded as well as generic form in spite of studies that have revealed a heightened risk for blood clots, stroke and gallbladder disease.

Lawsuits already number into the thousands, with a class-action lawsuit launched in Canada. Speculation is that total Yaz and Yasmin lawsuits will eclipse 25,000. In spite of its position that side effects are duly noted on product labeling, will Bayer cave to the legal onslaught and pull Yaz and Yasmin birth control from the market?