Yasmin birth control remains at the center of a series of proposed class action lawsuits in Canada alleging that the drug puts women at an increased risk for blood clots and other harmful side effects. Class action lawsuits have already been filed in the Canadian provinces of Ontario and Saskatchewan, and now the net has expanded to encompass British Columbia (BC). 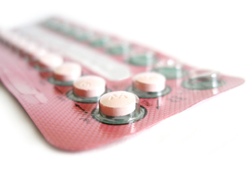 Canwest News Service reports that the lawsuits were filed by the Merchant Law Group, based in Saskatchewan. "Our firm has received complaints from dozens of women across Canada who have suffered blood clots, pulmonary embolisms, gall bladder removals and other serious medical emergencies," stated the firm in a news release. The suit alleges that those complications were caused by the drug.

More YASMIN BIRTH CONTROL News
Yasmin and Yaz, sister contraceptives marketed by Bayer and available in Canada for the last several years, use a form of progestin known as drospirenone, a so-called "fourth-generation progestin." Previous generations of birth control pills have relied on the hormones estrogen and progestin to control ovulation.

The suit alleges that drospirenone interacts differently with estrogen than the traditional birth control pills, which gives rise to the health problems.

There have been reports of deaths caused by Yaz and Yasmin. Many of the women who died, allegedly due to the birth control medication, were otherwise and healthy and young.

Bayer claims that the risks are comparable to those incurred by taking other birth control pills. It has stated that it intends to defend itself against the lawsuits.